‘Iran looks like a war zone’: France24 report from inside Iran’s protests 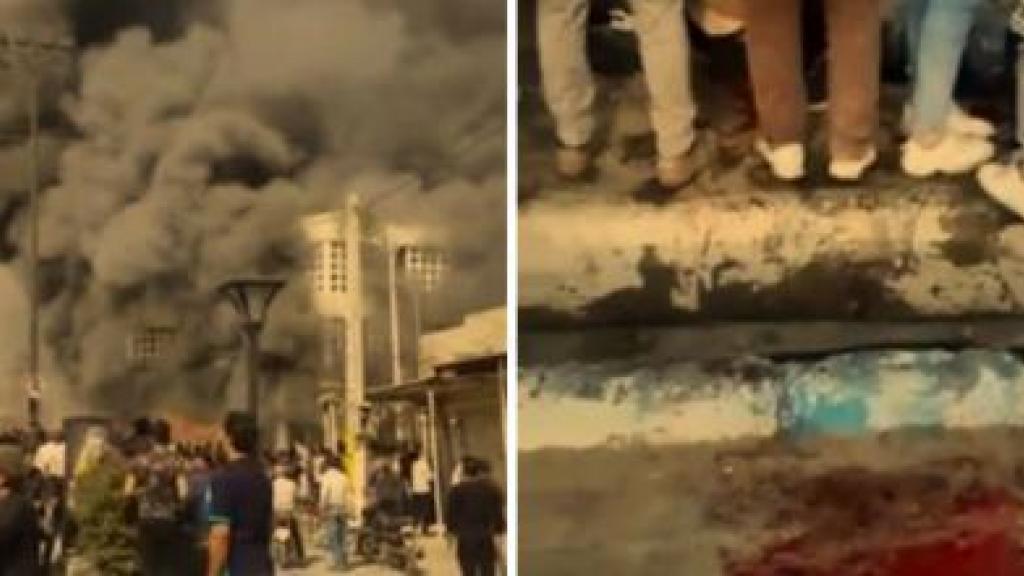 The sudden announcement by Iran’s government on November 15 of gasoline (petrol) price hikes of as much as 300 percent has led to days of protests across the country – and violent repression by its security services. While no official tolls have been announced, reports suggest dozens of protesters have been killed and hundreds of buildings been burned: banks, gas stations, police stations and other governmental buildings. Our Observers were able to send information before a near-complete ban on foreign internet traffic was put in place on November 17.

The Observers team has registered reports of demonstrations and clashes in at least 40 towns and cities, including the capital Tehran, as well as Shiraz, Isfahan, Qazvin, Tabriz and other cities. Our Observers have described what they saw in their cities as a “war zone” or “no different from Aleppo”.

‘Our entire town is on fire’

“Sima” is one of our Observers in the southern suburbs of Tehran. She managed to talk to FRANCE 24 on November 17 before all internet and phone lines in the town were cut.

It looks like a war zone. Our entire town is on fire. All the banks have been burned. People are angry because the police have reacted with unimaginable violence. I witnessed the 2009 Green Movement in Tehran, but the repression then was nothing compared with what we are seeing now.

I saw at least 10 dead bodies on the streets of our neighbourhood. I knew some of the people who were killed. One of them was a carpenter from our street. He wasn’t even participating in the protests. He was just standing in front of his store when he was hit by a bullet and killed.

The internet is down so we have no way of sharing what’s happening here with the outside world. They are killing anyone they see in the streets. People are fighting back however they can: burning trashcans, banks, ATMs – anything that symbolises the government.

According to our Observers in Iran, the government blocked access to the global internet, replacing it with an internal “intranet” giving access only to Iranian sites and apps like “Tap30”, the Iranian version of Uber. Connection to sites outside Iran was impossible.

Niki Mahjoub is an Iranian journalist working at Iran International, a Persian-language TV channel broadcasting from London. Majjoub has been closely following the recent protests in Iran, posting photographs and details of some of the people killed.

We’ve never seen such widespread protests in the Islamic Republic. Despite the communications outages, we have documented more than 60 deaths around the country.

The security situation varies from city to city, but the situation in the western part of the country is the worst: oil-rich cities like Abadan, Omidieh, Asaluyeh, and Mahshahr are under curfew.

So far, the Iranian government has not announced overall figures for deaths or injuries in the protests. Government spokesman Ali Rabiei on Monday said, “No one has been injured in the streets. The only people who have been injured were attacking military bases.”

Iran’s Revolutionary Guard Corps on Monday said that more than 1,000 people had been arrested nationwide, and warned that its troops would respond “with determination” to any threat to national security.