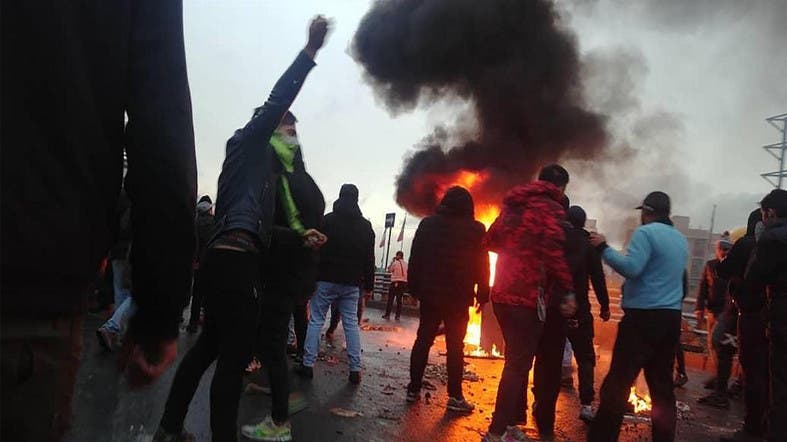 Iran has almost completely shut off access to the internet across the country as protests over an increase in fuel prices intensified for the second day, cybersecurity NGO Netblocks confirmed in a report.

“Iran is in the midst of a near-total national internet shutdown as of 18:45 UTC, Saturday. Real-time network data show connectivity has fallen to just 7% of ordinary levels following twelve hours of progressive network disconnections as public protests have continued across the country,” Netblocks said.

“With #IranProtests ongoing, this almost complete internet shutdown is #Iran’s most significant network disruption since Rouhani came to office in 2013,” Small Media, a London-based non-profit that works to increase the flow of information in closed societies across the Middle East and Africa, said in a tweet.

The death toll as of Saturday in Iran from protests over gasoline rationing and price hikes of at least 50 percent has risen to 12, Al Arabiya sources confirmed.