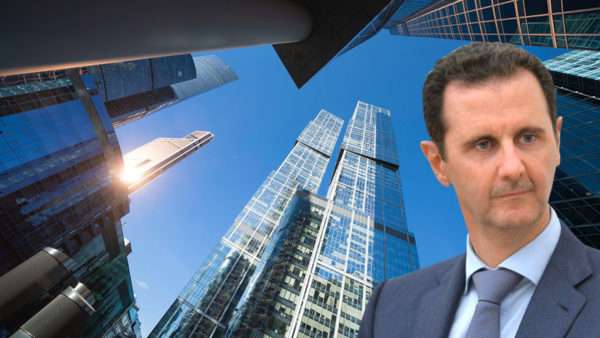 An investigation by the Financial Times exposed how the Bashar family astutely takes money out from Syria in order to avoid western sanctions and uses it to invest into Russian real-estate.

Over the past six years, some family members have managed to buy up to 20 apartments worth more than $40m in Moscow.

“[The property deals] are rare evidence of how Russia has helped sanctioned individuals who have assisted and benefited from the murderous Assad regime move their assets out of Damascus and evade international regulations,” says Isobel Koshiw of Global Witness.

“It is allowing them to take refuge in Moscow where they enjoy luxurious lifestyles as Syria burns.”

And there are adults who actually still believe that the Assad regime is fighting for socialism https://t.co/eapAOrJYTI

The FT obtained property registration documents from the anti-corruption group Global Witness 2013 to June 2019 to expose how the Assad family has used offshore Lebanese companies to purchase properties in Russia.

Most of the individuals involved in this operation are under US or EU sanctions due to their involvement in the Syrian conflict which has resulted in the deaths of hundreds of thousands of civilians. This has resulted in them receiving travel bans and asset freezes by Western states.
“Russia has from the beginning been helping the Assad regime subvert sanctions,” Lina Khatib, Middle East and north Africa programme head at Chatham House, told the FT.

“It sees itself right now as the guarantor of the Syrian state and therefore [does] everything it can, whether militarily, politically or economically, to keep the Syrian state alive while also keeping it loyal to Moscow.”

The Syrian conflict broke out in 2011, after the brutal suppression of peaceful protests by the Assad regime. More than 500,000 people have been killed and millions more displaced, mostly as a result of regime bombardment of civilian areas