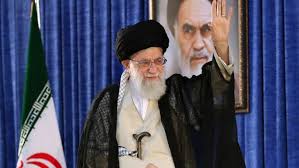 Iran announced Monday a more than tenfold increase in enriched uranium production following a series of steps back from commitments under a 2015 nuclear deal abandoned by the United States.

Iran has also developed two new advanced centrifuges, one of which is undergoing testing, said Ali Akbar Salehi, the head of Atomic Energy Organisation of Iran.

That compares with the level of 450 grams two months ago when it abandoned a number of commitments made under a landmark 2015 nuclear deal.

Tehran decided in May to suspend certain commitments under the accord, a year after US President Donald Trump withdrew from the deal and reimposed sanctions on the Islamic republic.

Iran has so far hit back with three packages of countermeasures and threatened to go even further if the remaining partners to the deal — Britain, China, France, Germany and Russia — fail to help it circumvent US sanctions.

On July 1, Iran said it had increased its stockpile of enriched uranium to beyond a 300-kilo maximum set by the deal, and a week later, it announced it had exceeded a 3.67-percent cap on the purity of its uranium stocks.

It fired up advanced centrifuges to boost its enriched uranium stockpiles on September 7.

Salehi said Iranian engineers “have successfully built a prototype of IR-9, which is our newest machine, and also a model of a new machine called IR-s … all these in two months”.

Iran has removed all of its nuclear deal-approved IR-1 centrifuges and is only using advanced machines, leading to the sharp increase in enriched uranium production, he added.

“We must thank the enemy for bringing about this opportunity to show the might of the Islamic republic of Iran, especially in the nuclear industry,” Salehi said.

“This is while some say (Iran’s) nuclear industry was destroyed!” he said, laughing.