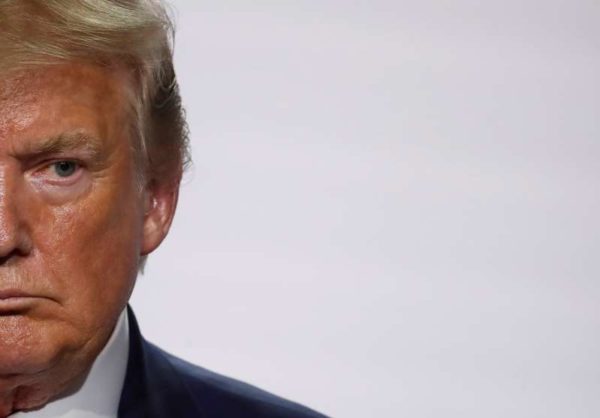 The House plans to take its first formal vote Thursday on the impeachment inquiry into President Trump, Democratic leaders said Monday, ushering in a new phase as they prepare to go public with their investigation into his dealings with Ukraine.

Democrats described the vote, which will come more than a month after they launched the inquiry, as a necessary next step to lay out the rules for conducting it in public, rather than a response to accusations from Republicans and the White House that the process has violated precedents and denied the president due process rights.

It marks a shift for Democrats, who have resisted for weeks the idea of holding a vote on the impeachment inquiry, arguing that doing so was unnecessary to authorize their work, and privately worrying that doing so could put politically vulnerable Democrats in a difficult position.

But in scheduling the vote, Democrats were effectively challenging Mr. Trump and his congressional allies who have called the inquiry an unfair sham of a process but avoided any substantive discussion of the president’s conduct. Whether they can pick up the votes of moderate Republicans remains to be seen.

Speaker Nancy Pelosi announced the vote in a letter to colleagues Monday afternoon.

“This resolution establishes the procedure for hearings that are open to the American people, authorizes the disclosure of deposition transcripts, outlines procedures to transfer evidence to the Judiciary Committee as it considers potential articles of impeachment, and sets forth due process rights for the president and his counsel,” Ms. Pelosi said in her letter.

The rules will also allow for staff aides of the House Intelligence Committee to question witnesses directly during public hearings, according to an official working on the inquiry who described the measure on condition of anonymity because it had yet to be made public. It was not immediately clear if the two other panels contributing the inquiry, the Foreign Affairs and Oversight and Reform committees, would also convene public hearings.

So far, the impeachment inquiry has played out almost entirely behind the closed doors of the Intelligence panel, where Republican and Democratic staff and lawmakers have questioned a string of witnesses. But Democrats leading it had long forecast that they would begin to move some witness testimony and a presentation of facts gathered in private into public view.

Lawmakers and aides for several committees were still drafting the resolution Monday afternoon, and declined to share many further details. Representative Jim McGovern, Democrat of Massachusetts and chairman of the House Rules Committee, said he would introduce the resolution on Tuesday. His panel plans to consider it on Wednesday, followed by a vote of the full House on Thursday.

Democrats have argued for weeks that they did not need a formal vote of the full House to do so, and late last week, a Federal District Court judge agreed with them. They repeated those arguments on Monday, framing the vote as an extra precautionary step.

“We are taking this step to eliminate any doubt as to whether the Trump administration may withhold documents, prevent witness testimony, disregard duly authorized subpoenas, or continue obstructing the House of Representatives,” Ms. Pelosi wrote.

Republicans signaled they would oppose the measure en masse. Shortly after the vote was announced, Representative Kevin McCarthy of California, the top House Republican, said Democrats called the announcement “an admission that this process has been botched from the start,” and said Republicans “will not legitimize” it.

In another shift in strategy, House Democrats will forgo using the federal courts to try to compel testimony from recalcitrant witnesses in their impeachment inquiry, and warned that lawmakers would instead use the lack of cooperation to bolster their case that President Trump has abused his office and obstructed Congress’s investigation.

Representative Adam B. Schiff, Democrat of California and the chairman of the House Intelligence Committee, confirmed plan after Charles M. Kupperman, the former deputy national security adviser and one of Mr. Trump’s “closest confidential” advisers, defied a House subpoena for testimony that had been scheduled for Monday morning.

The White House on Friday said that Mr. Kupperman was absolutely immune from testifying and directed him not to appear in defiance of a subpoena. That prompted the former official to file a lawsuit against Mr. Trump and congressional Democrats asking a federal judge whether he could testify, raising the prospect of a drawn-out legal battle over weighty questions about the separation of powers that could effectively stall the impeachment inquiry for months.

“We are not willing to let the White House engage us in a lengthy game of rope-a-dope in the courts, so we press ahead,” Mr. Schiff told reporters outside his secure hearing rooms.

In earlier oversight disputes, House Democrats have turned to the courts with some frequency, but those lawsuits have already eaten up valuable months of time without signs of resolution any time soon. Mr. Schiff indicated Democrats now did not have the luxury of waiting, given the gravity of the allegations that Mr. Trump abused his power to enlist help from Ukraine in smearing his political opponents.

“If this witness had something to say that would be helpful to the White House, they would want him to come and testify,” Mr. Schiff said. “They plainly don’t.”

Mr. Schiff acknowledged that the White House would most likely try to invoke similar privilege to try to block other high-level witnesses, including John R. Bolton, the former national security adviser said to be alarmed by Mr. Trump’s dealings with Ukraine. Doing so would only fuel another article of impeachment charging Mr. Trump with obstructing Congress’s fact-finding, he said.

The remarks came as impeachment investigators braced for a busy week, which will include testimony from another five or more witnesses.

Around the time Mr. Schiff was speaking, the Justice Department announced that it would appeal a Federal District Court ruling handed down on Friday that said the House’s effort was a legally legitimate impeachment inquiry, and ordered the executive branch to provide secret grand-jury evidence to the House Judiciary Committee collected by the former special counsel, Robert S. Mueller III, who investigated Russia’s interference in the 2016 elections.

The Trump legal team has argued that the impeachment inquiry is illegitimate because the full House has not voted to formally authorize one. The ruling by Chief Judge Beryl Howell undercut a key argument the White House has invoked to justify its orders to executive branch officials to defy congressional subpoenas about the Ukraine affair.

Judge Howell had ordered the department to turn over the grand-jury evidence by Wednesday. In notifying the court that it would appeal the order to the Court of Appeals for the District of Columbia, the administration asked Judge Howell to suspend that deadline while the higher court weighs the issues.

Mr. Kupperman’s lawyer cited questions about the legal legitimacy of the inquiry in a lawsuit he filed on Friday after receiving the House subpoena and a White House directive for him to violate it. The suit, which was highly unusual, asked a federal judge to determine which order Mr. Kupperman should comply with. It is unclear whether a judge will consider the case.

If it did, though, legal experts say the case would present a series of thorny questions for the courts about the extent of the president’s powers to shield information from Congress, especially in the context of impeachment. Reaching a final answer could take months or longer to sort out and possibly make it to the Supreme Court — a fact that has most likely shaped Democrats’ reasoning on how to proceed.

“The claim to absolute immunity is weak, and there are historical examples of close presidential advisers testifying in the context of impeachment investigations, but there’s no way to be confident about whether courts will require disclosure of particular presidential communications with national security aides and foreign officials,” said Martin S. Lederman, a Georgetown University law professor who served in the Office of Legal Counsel during the Obama administration.

House Republicans railed against Democrats on Monday morning, saying that they found Mr. Kupperman’s stance to be a reasonable one in the face of what they said was a sham investigation in search of a crime that did not occur.

“He’s waiting on the court to rule,” said Jim Jordan of Ohio, the top Republican on the Oversight Committee, adding his own view that the inquiry was a “charade.”

Mr. Schiff, who has significantly scaled back his public remarks in recent weeks, used his comments on Monday to hit back hard at House Republicans, whom he accused of “endorsing the White House obstruction.” He argued they should at least stand up for the legislative branch’s authority to compel evidence from the executive branch, saying that there would be future presidents they may want to investigate.