Lebanon is burning. Appealing for help after wildfires burned swathes of the country’s forest 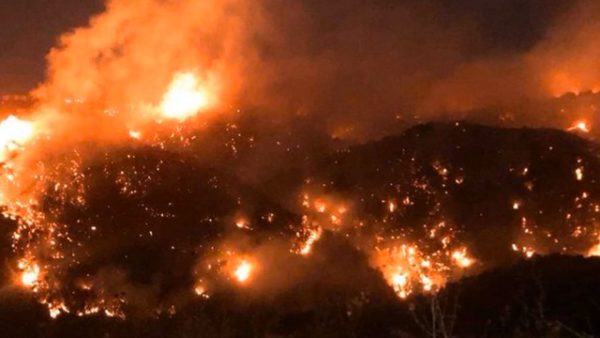 Wildfires that have swept across Lebanon since Monday have burned swathes of the country’s forest and killed at least one person, prompting Beirut to deploy water cannon and call on its neighbors for help.

The cause of the flames, which has spread from woods south of Beirut up to pine forests in the north, remains unknown, though some officials have blamed an autumn heat wave that hit the country in recent days.

Lebanon’s Red Cross said that 18 people have so far been hospitalized and 88 have received emergency medical care.

The fires have left charred trees and burned-out cars and have overpowered Lebanon’s fire brigades, prompting appeals to neighboring states to send aircraft to bolster efforts.

A civil defense official said 104 fires had broken out over the past 24 hours, and that residents had been evacuated from homes and buildings to minimize the toll.


Speaking to reporters in Mechref, Environment Minister Fadi Jreissati said at least one person had been killed. He called the situation “catastrophic”, adding: “Hopefully everyone helping will remain cautious…We still have two hard days ahead and the heat and wind will stay strong.”

Prime Minister Saad al-Hariri said an investigation would be opened and if arson were uncovered the perpetrators would “pay a price,” though he said the fires might be the result of climate change, which often brings weather drier and hotter than normal.

So far Cyprus has sent helicopters and Greece has agreed to offer two aircraft, Interior Minister Raya al-Hassan said. “We have contacted all the countries that can help us,” he said.

The Lebanese Forces party has called on its supporters to assist the Civil Defense in its firefighting efforts and offer help to those affected by the wildfires.

Aoun also called for the parts for the three helicopters to be quickly secured.
The 3 firefighting Sikorsky helicopters were donated by the USA to the Lebanese authorities in 2009 along with a three-year maintenance grant.

At least 103 forest fires have broken out in Lebanon in recent days, according to the official National News Agency, with the Chouf mountains area south of Beirut being particularly affected.

All three of these helicopters have been out of service due to a lack of spare parts, according to sources.

Wildfires are still raging in Chouf’s al-Dibbiyeh and Dmit and Aley’s Kfarmatta but rain has been reported in ِAley’s Baawarta and south Lebanon.
The Lebanese are praying and hoping that the rain will extinguish the fires in all areas that are burning in Lebanon