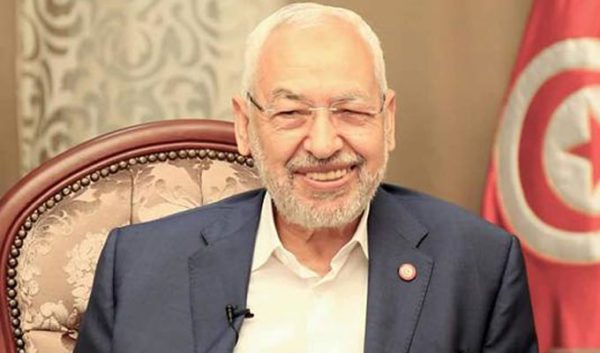 Tunisia’s parliament looks deeply fractured after an election on Sunday, with an exit poll showing the moderate Islamist Ennahda in first place with only 17.5% of votes, meaning the coming period of government formation will likely prove long and hard.

Any government that does emerge will face the same challenges that have bedeviled its predecessors: high unemployment, inflation and public debt, a powerful union that resists change and foreign lenders who demand it.

The parliamentary divisions add to an already febrile political climate after voters last month sent an independent and a media mogul detained on corruption charges through to next week’s second round runoff of a separate presidential election.

Eight years after Tunisians rose up to end decades of autocratic rule and bring in democracy, many have grown disillusioned by the inability of repeated governing coalitions to address a weak economy and poor public services.

Sunday’s vote was the third free parliamentary election in Tunisia since the 2011 revolution. But preliminary turnout figures showed only 41% of registered voters cast their ballots.

“After the revolution, we were all optimistic and our hopes were high. But hope has been greatly diminished now as a result of the disastrous performance of the rulers and the former parliament,” said Basma Zoghbi, a worker for Tunis municipality.

The exit poll by Sigma Conseil showed the Heart of Tunisia party of Nabil Karoui, the detained media mogul, in second place with 15.6%. It included Tunisia’s 199 domestic constituencies, but not the 18 overseas ones, and official results are not expected on Sunday.

If confirmed, the result would leave Ennahda, a member of several coalitions since the revolution, needing to join with numerous rivals and independent members of parliament to gain a working majority.

If it cannot do so within two months, the president can ask another party to try. If it also fails and the deadlock persists, there will be another election.

Ennahda supporters drove through Tunis, the capital, honking their horns in celebration on Sunday night, and party leader Rached Ghannouchi addressed a rally.

A former political prisoner and exile, he was up for election for the first time and was voted into parliament, where he may seek the position of speaker.

However, Ennahda’s projected vote share translates into only about 40 seats, with 109 needed to form a majority. It also represents a sharp slump in its support since the last election in 2014, when it gained 27.8% of the votes and 69 seats.

The 2014 winner, Nidaa Tunis, took 37.6% and 86 seats. It joined with Ennahda in a coalition government, but it has since all but collapsed.

Both Ennahda and Heart of Tunisia had earlier claimed victory in the election. Both have ruled out working in any coalition that contains the other.

Karoui, the Heart of Tunisia leader, is one of two candidates who made it through the first round of a presidential election last month to reach a runoff vote to be held next Sunday.

He was arrested in August on charges of money-laundering and tax fraud, which he denies, and has contested the election from a jail cell pending his trial.

His rival in the second round, Kais Saied, an independent retired law professor with conservative social views, has been backed in next week’s vote by Ennahda.

While the president directly controls foreign and defense policy, the largest party in parliament nominates the prime minister, who forms a government that shapes most domestic policy, including on the economy.

Unemployment, 15% nationally and 30% in some cities, is higher than it was under the former autocrat, Zine El-Abidine Ben Ali, who died last month in exile in Saudi Arabia.

At several polling stations visited by Reuters on Sunday, there seemed to be few younger voters.

One of them, Imad Salhi, 28, a waiter, was concerned about the direction of Tunisian politics. “I am very afraid that the country will fall into the hands of populists in the next stage,” he said.