‘Hezbollah is Iran in Lebanon’, a top Iranian Cleric declares during Friday prayer 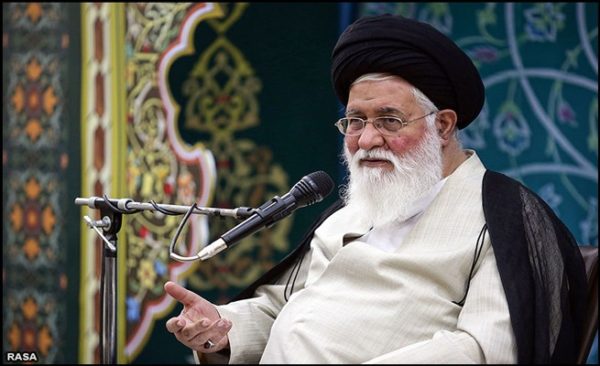 A top Iranian cleric on Monday declared   that Iran is bigger than the “geographical” boundaries surrounding it and that the presence of armed factions supported by Iran in the Middle East, including “Hezbollah in Lebanon, are part of Iran.”

Sayyid Ahmad Alamolhoda (also  known as Alam Olhoda or Alam al-Hoda  is an Iranian Shiite  Islamic cleric who has also been given the titles of   Hojjatoleslam and Ayatollah. He is the Friday Prayer preacher in Mashhad, Iran and is also that city’s representative in the Iranian Assembly of Experts. Alamolhoda is a member of Combatant Clergy Association.

Mashhad Friday Sermon by Ayatollah Ahmad Alamolhoda: The PMU, Hizbullah, Ansar Allah, Hamas, Islamic Jihad, Are All Iran; We Can Destroy Israel in Half a Day pic.twitter.com/wbuXbZnyGu