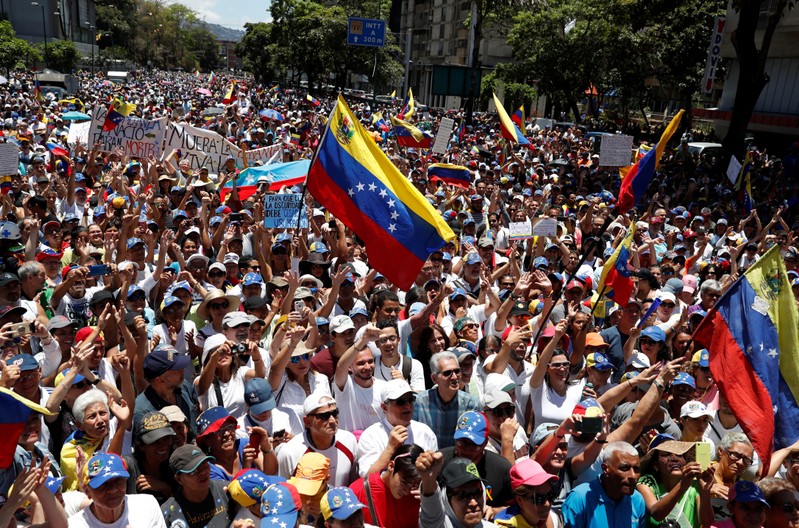 Threatening to bring forward parliamentary elections is the latest card played by Venezuela’s regime to put pressure on the US-backed opposition at the negotiating table, analysts say.

The National Assembly is the only branch of government under opposition control, and elections are not scheduled until December 2020.

But Diosdado Cabello, the most powerful regime figure after President Nicolas Maduro, set up a committee earlier this week to study the possibility of calling parliamentary elections at the start of next year.

“It gives you something extra to protect you in negotiations,” said Felix Seijas, director of pollsters Delphos.

National Assembly president and opposition leader Juan Guaido has warned Maduro that any attempts to bring forward elections would end in “disaster” for the government.

In January, the National Assembly branded Maduro a “usurper” before Guaido declared himself acting president, garnering support from more than 50 nations but plunging the oil-rich and cash-strapped country into a political crisis.

A new vote could threaten the opposition’s hold on the National Assembly and with it Guaido’s claim as head of the body to be the country’s legitimate president.

The US has been pressuring Maduro through sanctions into acquiescing to opposition demands to step down and hold new presidential elections, something he has steadfastly refused to countenance.

Cabello has admitted that the proposed early elections are a “counter-attack” after the United States increased its sanctions on the government.

Representatives from the government and opposition were holding crisis talks mediated by Norway until Maduro called those off last week.

“Maduro left the talks because he hoped to use the opposition to get sanctions relief. But not only did he not get that, (the US) ramped up the sanctions,” political scientist Luis Salamanca told AFP.

Parliament was elected in 2015 and its mandate lasts until January 2021.

However, in reality its hands are tied. The Supreme Court declared it in contempt and the Constitutional Court — considered illegitimate by many countries — assumed most of its powers and ordered some 20 legislators prosecuted for crimes such as treason.

However, “this assembly that was considered dead was suddenly resuscitated as a counterweight fighting Maduro for legitimate power in Venezuela” with Guaido at its head, said Salamanca.

It’s not clear how the National Assembly would react if the regime does bring forward legislative elections.

The opposition does not recognize the electoral authorities, which it accuses of supporting the regime and rigging polls.

That’s why most of the opposition boycotted last year’s presidential elections in which Maduro won a second term.

“The opposition has put its own neck in the noose because all year long it’s insisted that unless the usurpation ends, nothing more can happen,” said Seijas.

Guaido’s demands have never wavered: Maduro’s exit, a transitional government led by him, and free elections.

“It would be very difficult to explain to the people that now they’re going to participate in an election without the usurpation having ended,” added Seijas.

But Salamanca believes that given Guaido’s leadership and popularity, and the fact he’s largely united the opposition, if he decided to take part, “the opposition would win.”

However, if they decide to abstain again, the opposition runs the risk of reigniting old divisions that facilitated the regime’s grip on power since Maduro’s predecessor, the late Hugo Chavez, won his first election in 1999.