Ex Sen. Lieberman: Israel made a serious mistake in barring Omar and Tlaib from entering country 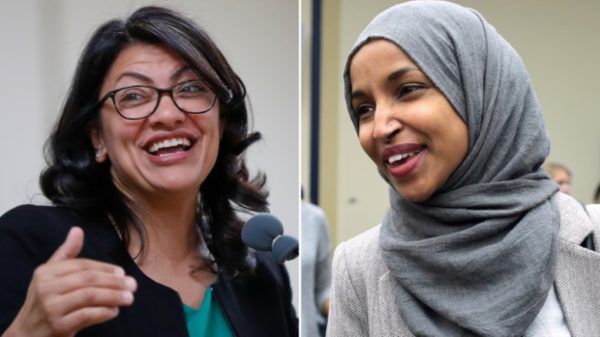 Reps.-elect Rashida Tlaib of Michigan (at left) and Ilhan Omar (at right) of Minneosta are pictured.
Share:

Former Sen. Joe Lieberman, the first and only Jewish candidate on a major party’s presidential ticket in US history, called it a “serious mistake” for Israel to bar the first two Muslim women elected to Congress from visiting the country.

“It’s a serious mistake because it’s contrary to the values of the state of Israel, the values to the United States of America which has been the underlying foundation of our relationship,” Lieberman, who was Al Gore’s running mate in 2000, told CNN’s John Berman on “New Day” Friday.
On Thursday, Israel announced it was banning Reps. Rashida Tlaib of Michigan and Ilhan Omar of Minnesota because of their support of a boycott against Israel — and after President Donald Trump said Israel would be showing “great weakness” by allowing the two lawmakers to enter the country. Trump has previously criticized Omar and Tlaib but his comments about their trip were a remarkable step both by him and his ally, Israeli Prime Minister Benjamin Netanyahu, to punish political rivals.
“This kind of behavior by both leaders, I would say with respect, jeopardizes that tradition of nonpartisanship and American support of Israel,” Lieberman, who has been a pro-Israel advocate and supportive of Trump’s past actions on US-Israel relations, said.

Lieberman said Trump’s disagreements with Omar and Tlaib are a “fight that should happen here in the United States.”

“They’re duly elected members of Congress. I can disagree with them, as I do, but really it’s disrespect for the Congress and the American political system for our ally to keep two members of Congress out of Israel,” Lieberman, a Democrat turned Independent, said.
He called the decision was a “loss all around” and said that it’s “most threatening to Israel’s standing in the United States” as a free democracy in the Middle East.
Israel granted permission on Friday for Tlaib to enter the country on humanitarian grounds to visit her grandmother in the West Bank. But the Michigan congresswoman said on Twitter she decided visiting Israel “under these oppressive conditions stands against everything I believe in-fighting against racism, oppression & injustice,” and she announced that she would not go.
CNN
Share: