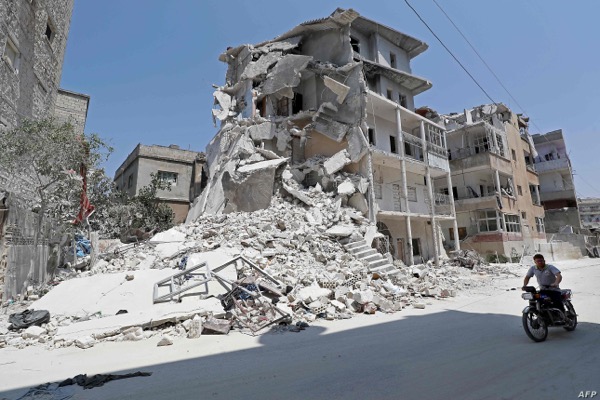 A Syrian man rides a motorcycle in the town of Ariha, in the south of Syria’s Idlib province, Aug. 2, 2019. Air strikes stopped after the government agreed to a truce after weeks of bombardment of the rebel-held region, monitors said.
Share: 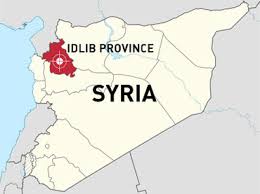 Shopkeepers and residents in Syria’s Idlib city have found relief from air strikes but remain wary after a ceasefire halted fierce government bombing against the rebel foothold.

For three months, an army offensive backed by Russia has killed at least 400 people in northwest Syria and uprooted more than 440,000, the United Nations says.

Since Damascus declared a ceasefire on Thursday night, its warplanes have not mounted air strikes, though the combatants are still shelling each other.

Idlib lies in the last major chunk of territory rebels hold after facing defeat across much of Syria at the hands of Damascus with its allies Russia and Iran.

At the weekend, the streets of Idlib city buzzed with cars and people. Some stopped by market stalls to look at clothes, while others lined up at kiosks to buy juice.

“Before, there was panic. Every time the warning sirens rang, the market became empty right away,” Mhamad al-Omar, who sells cold drinks, told Reuters. “Now that there’s a bit of calm, there’s traffic today Praise God… People are tired.”

“The ceasefire is good for everyone. But we don’t know what’s waiting for us,” said Munaf Daher, a college student in Idlib. “We hope it will be good and people will keep coming back to their homes, this is the biggest joy.”

Hasan Abdelallal, a local aid worker who was displaced from his city of Aleppo in 2016, said people had started returning after weeks of living in olive groves near the Turkish border.

“But we don’t know what will happen under the table,” he added.

Other residents also said they remained cautious after a series of truce deals or Russian-Turkish talks that have failed to end the fighting.

Under its deals with Moscow, Ankara has forces stationed on the ground in the Idlib region at a dozen military positions.

Rebel factions have agreed to the latest ceasefire while reserving the right to respond to attacks.

Syrian state media said on Thursday the ceasefire would depend on militants fulfilling a Russian-Turkish deal that tried last year to create an Idlib buffer zone. The terms include jihadists and heavy weapons leaving the zone.

The dominant force in Idlib is the jihadist Hayat Tahrir al-Sham (HTS) – formerly the Nusra Front – though Turkey-backed rebels also operate there.

HTS has rejected conditions of the 2018 “de-escalation deal” such as relinquishing its weapons. Its leader Abu Mohammad al-Jolani was cited on Saturday night as saying his fighters would not withdraw from that zone.

In recent years, the population of the northwest – which U.N. estimates put at 3 million – has ballooned with civilians and rebels whose hometowns went back under state rule.

“People had been scared of the bombing on the markets the most, the massacres,” he said. “Now there is some safety, one percent safety, people are coming out, seeing each other.”