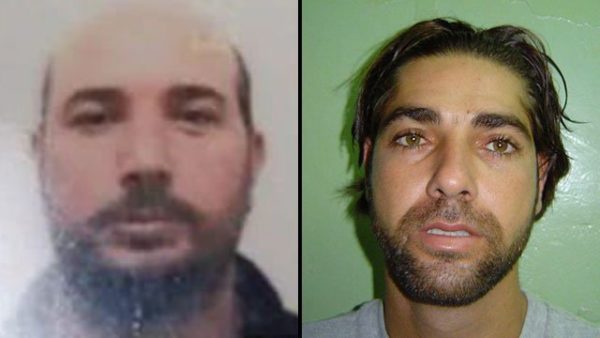 Ben Suthi was shot dead inside a Chinese restaurant in broad daylight in an upscale shopping mall in Mexico City along with Alon Azoulay
Share:

Two Israeli men were shot to death by a woman inside a Chinese restaurant at an upscale mall in Mexico City on Wednesday.

They were identified by the Israeli Embassy in Mexico City as Benjamin Yeshurun Sutchi, 44 and  Alon Azulay, 41.

In a statement, the Israeli Embassy said that Azulay and Sutchi had criminal records in both Israel and Mexico but did not provide any other details on those crimes. The statement added that they were collaborating with Mexican authorities in the investigation.

According to Israeli  daily Haaretz   Sutchi   an  Israeli crime boss was a notorious figure in Israel’s underworld, with a criminal career dating back to gang wars in the 1990s.

One of the shooters, Esperanza Gutierrez Rojano, has confessed to the shooting and initially claimed during police questioning that it was a crime of passion, saying Sutchi cheated on her.

However, she later changed her story and gave details that led police to investigate organized crime links.

Sutchi reportedly relocated to Mexico a few weeks ago. He is believed to have a child in the country, conceived during his last stint there after he fled Israel in 2001, escaping a sentence for murder during a furlough from prison.

In the 1990s Sutchi was associated in Israel with the assassination of top criminal figures and a longstanding and violent feud with the Mosli criminal organization, one of Israel’s most powerful, according to a Friday report by Channel 13.

Their rivalry reportedly dated back decades. In one story cited in the report, Sutchi, still a boy, tied two members of the Mosli family to a tree to humiliate them.

In 1997, Sutchi orchestrated the attempted killing of criminal rival Manny Aslan at a Tel Aviv eatery. His accomplices in the murder, the Mckayten brothers, were caught red-handed, and one turned state’s witness, implicating Sutchi in the crime. Sutchi was arrested, refused to reveal who ordered him to kill Aslan, and was sentenced to 16 years in prison.

He escaped from prison in 2001 and fled to Central America, where he was suspected of involvement in violent crime and drug trafficking. He was arrested in Mexico in 2004 and extradited to Israel to finish his prison sentence, Ynet reported.

“Even in the police, and in the underworld, they knew who Ben Sutchi was,” Eli Senyor, a crime reporter for Yedioth Ahronot, told Channel 13. “The fact that he sat in Israeli prison for many long years, and before that was on the run, all of that didn’t undermine his status — it did the opposite. He was becoming a legend.”

Senyor described his killing as “an earthquake in the underworld, nothing less.”

“There hasn’t been a killing of this magnitude in years,” Senyor said.

Sutchi was released from prison in Israel in February and was still regarded as one of the main enemies of the Mosli crime organization.

In the last year, the rivalry between Sutchi and the Mosli group was likely connected to the slaying of two men in Tel Aviv’s Hatikva neighborhood, Uzi Bar Zion and Elad Sardinioff, who were killed in a car explosion. Another underworld figure, Sharon Dadon, was assassinated in a Ramat Gan parking structure in a suspected retaliation.

Mexican authorities said that Sutchi’s killing may have been linked to the extradition of his associate Erez Akrishevsky, who was extradited from Mexico to Israel the day before the killing. Akrishevsky was close to Sutchi, and had fled Israel with him in 2001, living for the past 18 years in Mexico under the assumed name Ricardo Lopez before he was caught by Mexican police this month and returned to Israel.

Mexican officials said Friday that the shooting, which included a diversionary attack with an assault rifle against police outside the mall, was likely linked to drug cartels and money laundering.

Mexico’s top police official wouldn’t say which cartel may have been involved in the brazen assault. Local media reported the shooters may have worked for the notorious Jalisco cartel, but officials refused to confirm that.

“These are a settling of scores between organized criminal gangs with various interests,” said Alfonso Durazo, the secretary of security and civilian protection.

He added that both Israeli and Mexican criminal organizations were involved in the affair.

A spokesman for the Mexico City prosecutor’s office said Thursday investigators were treating the killings as a “settling of scores among criminal groups and/or organized crime.”

Israeli police sources told the Ynet news site on Thursday that there was “no doubt” the murder was “commissioned by those with interests in Israel.” The Israel Police reportedly suspect that an Israeli criminal organization paid a local group in Mexico City to carry out the hit.

Rojano’s confession, in which she reportedly said she had acted out of “betrayal and passion,” may have been code for a retribution attack by a Mexican or Israeli criminal organization for some perceived treachery on Sutchi’s part, the source said.