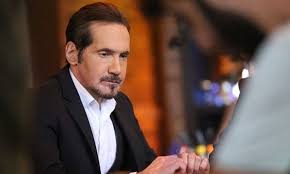 The judiciary ordered Thursday the release of Lebanese actor Patrick Mubarak, who had been arrested for blasting President Michel Aoun and Hezbollah leader Hassan Nasrallah. Mubarak was released after being evaluated by a specialist who determined the actor suffered from mental disorders.

In a leaked recording that made rounds on social media, Mubarak attacked both Aoun and Nasrallah, adding that he’d willingly “take up arms against them.”

According to his lawyer, Mubarak’s mental health has deteriorated in the wake of increased financial difficulties. He was evicted from his home last week after failing to settle rent while also relying heavily on a number of drugs to treat his mental disorder, his lawyer said.

Although Lebanon’s constitution guarantees freedom of expression “within the limits established by law,” the penal code criminalizes libel and defamation against public officials with up to two years in prison.