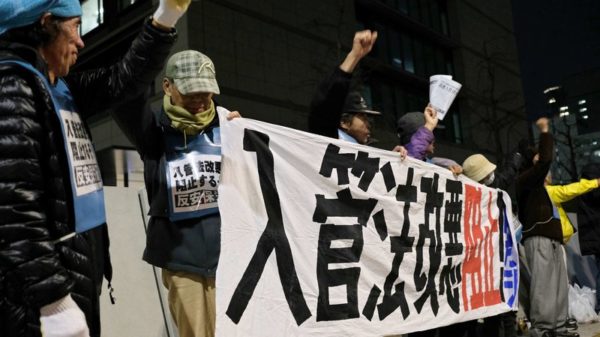 In front of Japan’s parliament on Friday, people stage a rally against the bill to allow more foreign workers into the country. Kazuhiro Nogi/AFP/Getty Images
Share:

Immigration has long been a taboo subject in Japan, which is often described as a proudly homogeneous nation. But with an ageing population and a stubbornly low birth rate, the country is in the midst of its worst labour shortage in decades. Earlier this year, Prime Minister Shinzo Abe’s government introduced new measures that will see hundreds of thousands of mainly blue-collar foreign workers come to Japan over the next five years. Our correspondents report.