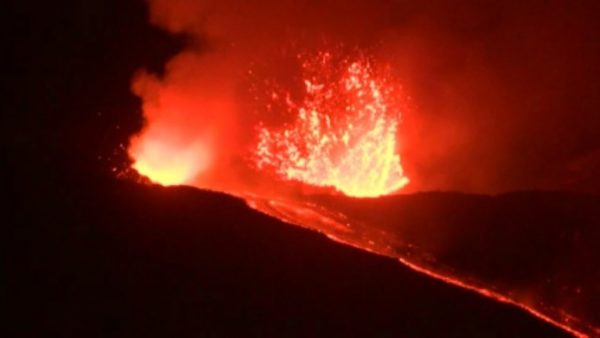 Mount Etna in southern Italy has burst into life, spitting molten lava high into the sky, though cloud cover Saturday ruined the view for those brave enough to venture up the flanks of Europe’s highest volcano.

The National Institute of Geophysics and Vulcanology (INGV) said there was “lively spattering” as fire and hot ash spewed high into the sky in an eruption which began Thursday and had slowed slightly by Saturday but still posed a risk to climbers.

The lava came from two eruptive fissures on the northeastern and south-southeastern sides of the New Southeast Crater.

The volcano on the island of Sicily previously erupted in December.

The latest lava show was not expected to pose any problems for nearby residential areas or for flights at the closest airport at Catania.