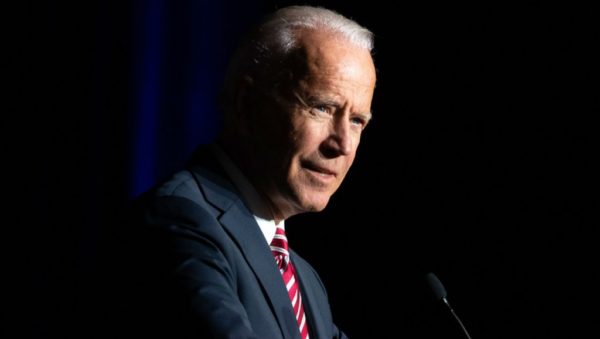 Biden announced the third presidential bid of his career by video on YouTube and other social media. He is expected to make his first public appearance as a candidate on Monday at an event in Pittsburgh featuring union members, a key constituency.

Biden, 76, had been wrestling for months over whether to run. His candidacy will face numerous questions, including whether he is too old and too centrist for a Democratic Party yearning for fresh faces and increasingly propelled by its more vocal liberal wing.

Still, he starts as the leader of the pack in opinion polls of a Democratic field that now will total 20 contenders seeking the chance to challenge President Donald Trump, the likely Republican nominee, in November 2020.

Critics say his standing in polls is largely a function of name recognition for the former US senator from Delaware, whose more than four decades in public service includes eight years as President Barack Obama‘s No. 2 in the White House.

As speculation about his bid mounted, Biden faced new questions about his longtime propensity for touching and kissing strangers at political events, with several women coming forward to say he had made them feel uncomfortable.

Biden struggled in his response to the concerns, at times joking about his behavior. But ultimately, he apologized and said he recognized standards for personal conduct had evolved in the wake of the #MeToo movement.

Trump and his allies seized on the flap, attempting to weaken perhaps his top rival before Biden entered the race.

Even so, Biden was determined to push forward, arguing his background, experience and resume best positioned him to take on Trump next year.

In a speech to union members in April, Biden called Trump a “tragedy in two acts.”

“This country can’t afford more years of a president looking to settle personal scores,” he said.

The core values of this nation… our standing in the world… our very democracy…everything that has made America — America –is at stake. That’s why today I’m announcing my candidacy for President of the United States. #Joe2020 https://t.co/jzaQbyTEz3

Biden’s candidacy will offer early hints about whether Democrats are more interested in finding a centrist who can win over the white working-class voters who went for Trump in 2016, or someone who can fire up the party’s diverse progressive wing, such as Senators Kamala Harris of California, Bernie Sanders of Vermont or Elizabeth Warren of Massachusetts.

Biden’s long history in the Senate, where he was a leading voice on foreign policy, will give liberal activists plenty to criticize. As Senate Judiciary Committee chairman, he angered women’s rights activists with his handling of sexual harassment allegations against Clarence Thomas during the justice’s 1991 Supreme Court confirmation hearings.

He also has been criticized for his ties to the financial industry, which is prominent in his home state of Delaware, and for his authorship of a 1994 crime act that led to increased incarceration rates.

Biden has been one of the party’s more aggressive Trump critics. Last year, he said he would “beat the hell” out of Trump if the two were in high school because of the way the president has talked about women. That prompted Trump to call him “Crazy Joe Biden” and claim on Twitter that Biden would “go down fast and hard, crying all the way” if they fought.

Biden later lamented the exchange, saying “I shouldn’t get down in the mosh pit with this guy.”

Known for his verbal gaffes on the campaign trail, Biden failed to gain traction with voters during his previous runs in 1988 and 2008.

He dropped his 1988 bid amid allegations he plagiarized some of his stump oratory and early academic work. But his experience and strong debate performances in 2008 impressed Obama enough that he tapped Biden as his running mate.

Biden decided against a 2016 presidential bid after a lengthy public period of indecision as he wrestled with doubts about whether he and his family were ready for a grueling campaign while mourning his son Beau, who died of brain cancer in May 2015. His son had urged him to run.

Biden faced some of the same family considerations this time around, as he is still coping with Beau’s death while his other son, Hunter, has gone through a divorce amid a reported relationship with Beau’s widow.

According to Politico/Morning Consult polling,  in a head-to-head contest with President Trump, Biden draws 42 percent to Trump’s 34 percent, an 8-percentage point lead that puts Trump in a much worse position than former President Barack Obama when he was running for re-election in 2012. Morning Consult conducted the poll April 19-21 among 1992 registered voters; the poll has a ±2-point margin of error.