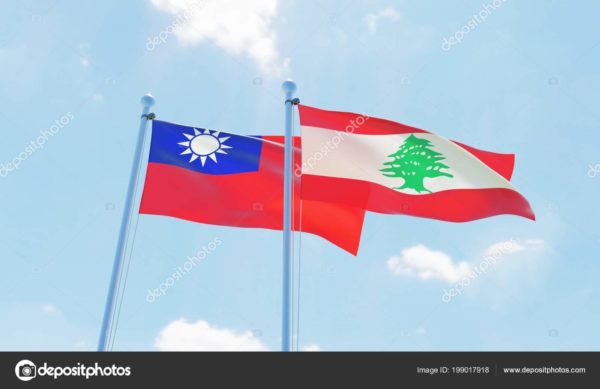 That warning came after U.S. national security adviser John Bolton complained that Chinese J-11 fighters crossed the middle line of the Taiwan Strait, which somewhat unofficially demarcates control of the waters between China and Taiwan. It marked the first time in almost twenty years that Chinese aircraft have done this, with Taiwanese fighters scrambling to intercept them.

China’s pro-government Global Times newspaper predictably denounced the U.S. denunciation, taking aim at several occasions over the last year—and most recently in March—when U.S. warships passed through the Taiwan Straits to dispute China’s assertion that it has sovereignty over the waterway (and Taiwan island, too).

“Washington is choosing the wrong place, time and opponent to flex its muscle in Taiwan Straits,” warned Global Times. If the U.S. military stations forces in Taiwan, China will attack, the article said. If the U.S. sells advanced fighters like the F-16V to Taiwan, the People’s Liberation Army will respond.

What’s interesting are what those responses might be. “The PLA has many choices, including crossing the ‘middle line,’ flying over the Taiwan island and even turn Taiwan into a Lebanon-like situation,” the newspaper said. “These choices don’t necessarily lead to war. They are enough to force Taiwan authorities to readjust their radical policies.”

But what exactly does “turn Taiwan into a Lebanon-like situation” mean? The name “Lebanon” has become a byword for a couple of highly unpleasant fates for a nation. One is vicious civil war, when a country disintegrates into a homicidal mosaic of feuding ethnic, religious and political factions. The Lebanese Civil War raged from 1975 to 1990 and killed 150,000 people.

But it’s unlikely that China could punish Taiwan by fomenting civil war (Lebanon was a tinderbox waiting to explode). It’s more likely that Global Times meant the other meaning of “Lebanon,” which is a state that is constantly pummeled by its more powerful neighbor.

Beginning in the 1960s, Israeli jets and commandos entered Lebanon to target Palestinian militant groups. In 1978 and 1982, Israel launched ground invasions and occupied southern Lebanon for twenty years. Now it is the turn of Syria, which has been hammered for the last couple of years by hundreds of Israeli air strikes on Iranian forces in the country.

Is the suggestion that Chinese aircraft and missiles will do the same by hitting Taiwan at will, if Beijing is displeased by Taiwanese actions such as hosting U.S. forces or buying new fighter aircraft? “China could punish perceived Taiwanese misbehavior at will (presumably with air and missile strikes) as Israel has done in the past with targets in Lebanon,” RAND Corp. analyst Andrew Scobell told the National Interest.

“What Global Times meant is that the Chinese PLA has overwhelming advantages against Taiwan’s armed forces that a fight between the two would resemble a fight between the Israel Defense Forces and Hezbollah in Lebanon,” said Adam Ni, an expert on the Chinese military. “The assumption is that the PLA would bring Taiwan to its knees, through air and missile strikes, airborne operations, amphibious invasion, cyberattacks, and blockades.”

But if that’s the assumption, then Chinese hardliners are missing the point of “Lebanonization.”

The Israelis could hit Lebanese territory for decades because the Lebanese state was too weak to do anything more than protest. With rise of the Iranian-armed Lebanese group Hezbollah and its arsenal of rockets aimed at Israel, those raids have mostly stopped (though Israeli aircraft still overfly Lebanon). Syria today can’t do much more than fire some anti-aircraft missiles at Israeli planes, because the Syrian military is too weak to engage in a war with Israel.

Taiwan’s military is vastly overmatched by its neighbor China. Yet for a smaller island nation, Taiwan packs a fairly respectable military punch. More important, it’s backed by the United States, which has poured much prestige into Taiwan’s security.