Over two-thirds of Israelis think Netanyahu should resign if indicted, poll 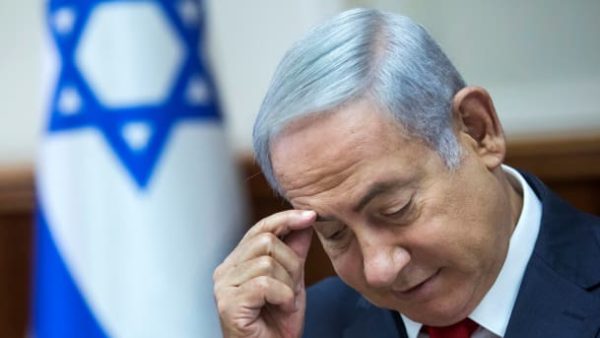 Over two-thirds of Israelis believe that Benjamin Netanyahu should resign if he is indicted for corruption, a survey indicated Friday, a day after Attorney General Avichai Mandelblit announced his intention to file criminal proceedings against the prime minister, Israeli media reported on Friday

The findings were part of the first polls published since the announcement, which also indicated that Netanyahu could be unable to form a governing coalition after the April 9 elections.

Mandelblit announced Thursday that Netanyahu will be charged with criminal wrongdoing in three separate cases against him, including bribery in the far-reaching Bezeq corruption probe, pending a hearing.

A poll published by the Kan public broadcaster Friday night found that 36% of Israelis believe that Netanyahu should resign now. A further 32% think he should step down if he is actually indicted after the completion of the hearing process.

Twenty-three percent of respondents said that Netanyahu could continue being prime minister even after an indictment, which the law technically allows, and 8% said they did not know.

The Kan poll, and another from Channel 13, also indicated that Netanyahu could be unable to form a governing coalition.

The survey by Kan showed that if elections were held today, results would see Likud maintaining its strength from recent polls and winning 29 seats in the 120-member. The Blue and White alliance of Benny Gantz and Yair Lapid would get 37 seats.