France issues an ultimatum to Lebanon over reforms, sets deadline for implementation 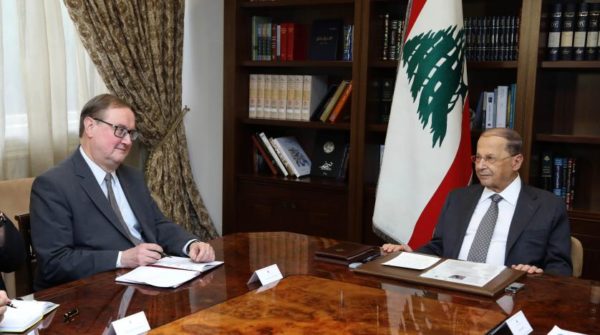 Pierre Duquesne, the French inter-ministerial delegate for the Mediterranean who is in charge of following up on the implementation of the resolutions of the CEDRE conference, has issued an ultimatum to Lebanon by setting a two-month deadline to launch a number of reforms demanded in CEDRE  , local media  reported

“Duquesne, who is in Beirut, told those he met yesterday that France and its allies are giving Lebanon a two-month deadline to implement what they recommend of preliminary reforms,” local media  quoted him as saying

The said reforms “are based on privatization ” the reports  added.

“Should Lebanon fail to commit itself, the pledges of the donor and lending countries will be in peril,” He warned

The French envoy reportedly  called for “slashing the budget deficit by 1% , devising a real and serious mechanism for combating tax evasion and corruption, seeking partnership contracts with the private sector and liberalizing the telecom sector.”

Duquesne is reportedly scheduled to hold a press conference on Friday afternoon.

Lebanese Prime Minister Saad Hariri along with a Lebanese ministerial delegation was present. Nearly 50 States and international organizations participated. Representatives from the private sector and civil society contributed to the work.

The objective of the CEDRE conference for the international community was to support the development and the strengthening of the Lebanese economy as part of a comprehensive plan for reform and for infrastructure investments as prepared by the Lebanese authorities and presented during the conference.

Nearly 11 billion was pledged  in loans and grants . Here was the breakdown