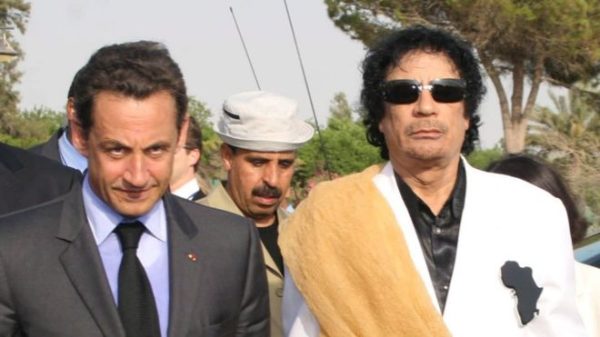 The Swiss businessman Alexandre Djouhri is wanted by France over a string of allegations, including active corruption of a foreign public official, conspiracy to misappropriate public funds and money-laundering.

The case is connected to accusations that former president Sarkozy received money from Gaddafi to fund his campaign, allegations he has denied.

“I am satisfied that there is no or insufficient evidence that the French authorities have manipulated or used procedures to oppress or unfairly prejudice Mr Djouhri,” Judge Vanessa Baraitser wrote in her ruling at London’s Westminster Magistrates’ Court.

“I therefore order the extradition to France of Alexandre Djouhri.”

Djouhri was arrested at London’s Heathrow Airport in January 2018, but was later granted conditional release over concerns for his health due to heart problems.

He said that he plans to appeal the decision.

“They’ve set up a trap to arrest me here,” Djouhri told the AFP before Tuesday’s hearing.

In 2013, France opened an investigation into allegations that Mr Sarkozy’s campaign had benefited from millions of euros of illicit funds from Gaddafi.

The claims about funding from Gaddafi came from a French-Lebanese businessman, Ziad Takieddine, and some former Gaddafi regime officials.

Mr Sarkozy was detained in 2014 in a separate investigation into alleged campaign funding abuses – the first time this has happened to a French ex-president.

In November 2016, Ziad Takieddine told the French news website Mediapart that in 2006-2007 he had handed over three suitcases stuffed with 200- and 500-euro notes to Mr Sarkozy and Claude Guéant, who was his chief of staff.

Mr Takieddine  who hails from a very prominent Lebanese family alleged that the cash came from Gaddafi and totaled €5m (£4.4m; $6.2m).

Possible charges in this case would be influence peddling, fraud, handling of stolen goods and money laundering.