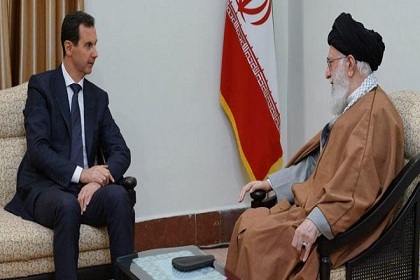 It showed footage of Assad meeting Khamenei and said the two leaders agreed “to continue cooperation at all levels for the interests of the two friendly nations”.