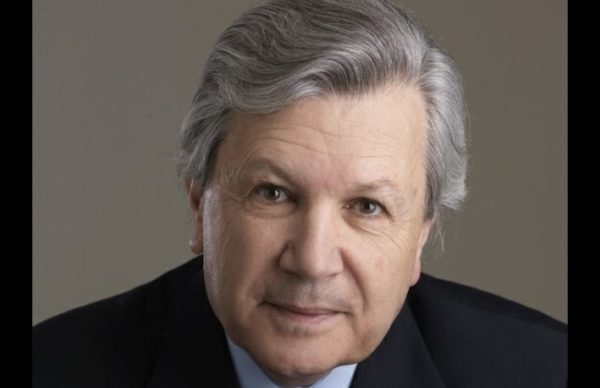 Lebanese politicians Sunday mourned the loss of former MP and minister Robert Ghanem, who died this weekend after a heart attack, according to the state-run National News Agency. He was 77.

Ghanem, the son of late Lebanese Army Commander Gen. Iskandar Ghanem was born in the Western Bekaa town of Saghbine. He served in the parliament for 22 years.

He spent 15 years in France and Europe as a lawyer and in 1992 he was elected for the Maronite parliamentary seat in Western Bekaa. He was reelected in 1996 and served as the education minister between the years 1995 and 1996.

In 2007, he was among the candidates nominated by then-Maronite patriarch Nasrallah Sfeir for the presidency.

He did not run in the 2018 parliamentary elections.

Prime Minister Saad Hariri said in a statement that with Ghanem’s passing, “We are losing a dear colleague, a good friend and a distinguished parliamentarian, who added value to the legislative life of Lebanon and was an example of loyalty, humanity and good morals.”

Former President Michel Suleiman tweeted that the news filled him with sadness, describing Ghanem as a “model of moderation, objectivity, conscience and integrity.”

MP Fouad Makhzoumi also sent his condolences to Ghanem’s family and friends, tweeting “Lebanon has lost a unique political and parliamentary figure who believed in and practiced democracy and coexistence in Lebanon.”

MP Neemat Frem praised Ghanem as a “sober and quiet legislator,” saying the country would miss his wisdom and dedication to developing Lebanese legislation.

Former PM and MP Najib Mikati reflected on his friendship with Ghanem and hailed his work in Parliament.

“In the late Robert Ghanem I found a true friend and the fulfillment of convictions and constants unchanged by time and circumstances. With his passing I lose a friend and Lebanon loses a unique parliamentary figure,” Mikati tweeted.