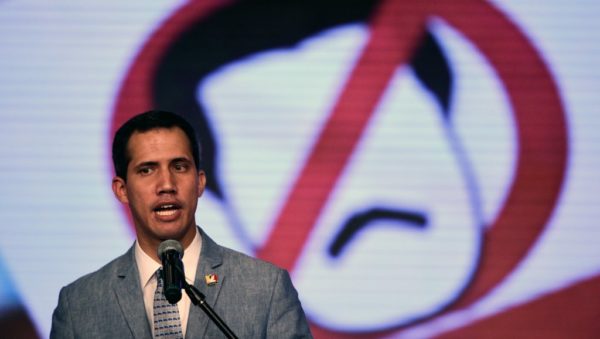 The United States has shared with its UN Security Council allies a draft resolution calling for international aid to be delivered in Venezuela and for a presidential vote to take place.

While no date has yet been set for a vote on the American draft, and negotiations are ongoing, Russia is likely to use its veto power to block it as part of its support of Nicolas Maduro’s regime, diplomats said.

The text, a copy of which was obtained by AFP on Saturday, expresses “full support for the National Assembly as the only democratically elected institution in Venezuela.”

The draft resolution stresses “deep concern with the violence and excessive use of force by Venezuelan security forces against unarmed, peaceful protesters.”

It also “calls for the immediate start of a political process leading to free, fair and credible presidential elections, with international electoral observation, in line with Venezuela’s constitution.”

It also “stresses the need to prevent further deterioration of the humanitarian situation in Venezuela and to facilitate access and delivery of assistance to all in need in the entirety of the territory of Venezuela.”

On Friday, Moscow proposed an alternative text to the American one, diplomats said.

It expresses “concern over the threats to use force against the territorial integrity and political independence of… Venezuela,” according to a draft seen by AFP.

The draft also criticizes “attempts to intervene in matters which are essentially within the domestic jurisdiction of… Venezuela.”

Calling for a “peaceful” resolution of the stalemate in Venezuela, it “supports all initiatives aimed at reaching a political solution amongst Venezuelans to the current situation… through a genuine and inclusive process of national dialogue.”

However, a diplomat told AFP that if put to a vote, the Russian text would fail to obtain the minimum of nine votes to pass without another veto-wielding country blocking it.

Humanitarian aid sent by the United States recently arrived in the Colombian city of Cucuta at the border with Venezuela, but Maduro has refused to let in the shipments.

Guaido said Friday he was ready to take any necessary measures, including authorizing a US military intervention, to force Maduro from power and alleviate the humanitarian crisis.