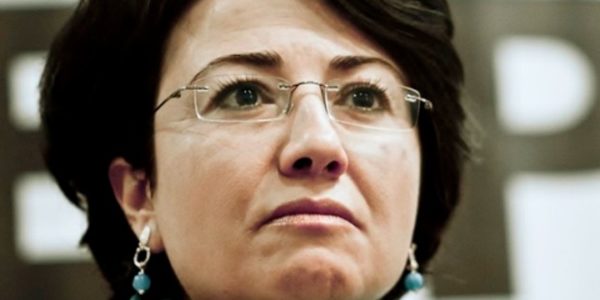 Arab-Israeli lawmaker Hanin Zoabi said she would not run in the upcoming Israel’s national elections, ending 10 years in the Knesset.

Zoabi, who has served in the last three Knessets, said that she has been subject to “character assassination, ongoing incitement, unceasing attempts to make me disappear, to silence me, to distort my opinions and even my image, to disqualify me to distance me from the political arena.”

In 2010, she was on board the Mavi Marmara as it attempted to end Israel’s naval blockade of Gaza, which led to the deaths of several protesters and which got her suspended from the Knesset for two weeks . She has called Israeli soldiers murderers and compared the military to Nazi German rule.

Several lawmakers from the Arab parties have announced that they will also be leaving the Knesset. They include: Jamal Zahalka, also of the Balad party; Dov Khenin, who is Jewish, of Hadash and Masud Ganaim of the United Arab List.

She said the time had come to change the location of her efforts to strengthen the Balad Party model, to create a stronger generation of Palestinians – a more stubborn struggle and the belief that justice will be prevail.

“There were those who appreciated and supported my actions and what I represented and there were and still are many who hated and fought me and my opinions,” Zoabi said. “I couldn’t control the support and the hatred – and even less the envy and hidden personal battles – but I could control one thing: not to leave anyone indifferent as to what I represent.”
YL with agencies