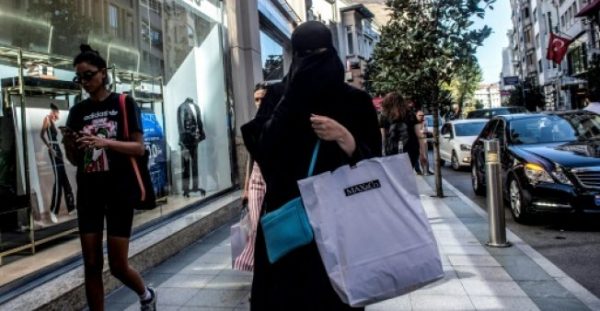 The Turkish economy has been weakened by the dramatic fall of the lira against a backdrop of market mistrust toward President Erdogan’s economic policies. AFP
Share:

The annual inflation rate in Turkey rose above 25 percent in October, official statistics showed on Monday.

The 25.24 percent inflation rate marked a 0.72 percent increase compared to 24.52 percent in September.

The worst affected sectors included furnishing and household goods with 37.92 percent, according to the Turkish statistics office (TUIK).

The Turkish economy has been weakened by the dramatic fall of the lira against a backdrop of market mistrust toward President Recep Tayyip Erdogan’s economic policies as well as tensions between Ankara and Washington.

There was a reprieve for the lira last month when the central bank increased its main policy rate — the one week repo auction rate — from 17.75 percent to 24 percent.

Economists have been concerned over domestic monetary policy in Turkey as Erdogan slams high interest rates, going against economic orthodoxy to claim they cause high inflation.

He also previously said high interest rates were the “mother and father of all evil”.