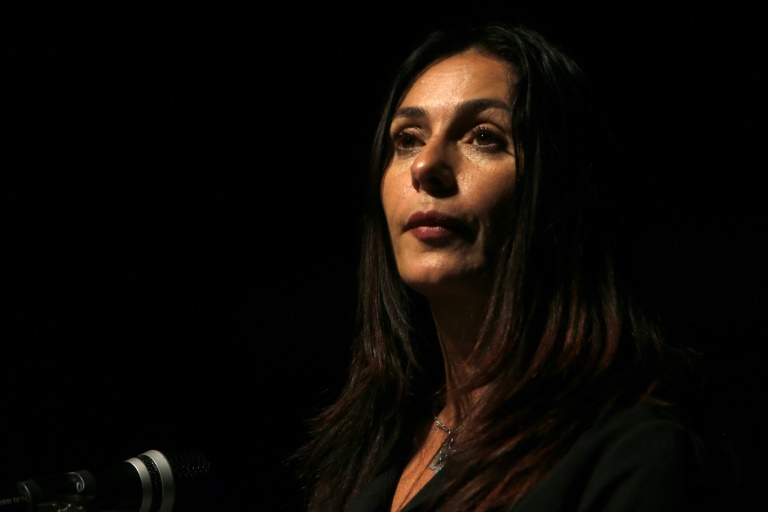 Israeli Culture Minister Miri Regev, shown here on November 10, 2016, has welcomed the failure of her country’s controversial candidate for the Oscars to win a nomination, having called the film “Foxtrot” an insult to the military MENAHEM KAHANA (AFP)
Share:

JERUSALEM – A ministerial committee in Israel’s parliament voted Sunday to advance a bill that would cut subsidies to cultural organisations accused of not showing “loyalty” to the state, the culture minister said.

The proposed legislation, denounced by artists and freedom of speech activists, was proposed by Culture Minister Miri Regev.

The text of the bill must be voted on in three parliamentary readings before becoming law.

It would give the finance and culture ministries the power to slash subsidies to any institution presenting work that denies Israel’s existence as a democratic and Jewish state or that marks the state’s independence day as a national day of mourning.

For Palestinians, the anniversary marks the Nakba, or “catastrophe”, when more than 700,000 fled or were expelled during the war surrounding Israel’s creation.

The draft law would also see funding cut over work that attacks the state flag, or incites racism or terrorism.

“I am very happy that this law has been passed by the Ministerial Committee on Legislation,” Regev wrote on Facebook.

“It will then be presented to the Knesset to be adopted, God willing, next month… Yes to freedom of culture, no to provocations!”

Regev, a member of Israel’s ruling right-wing Likud party, is no stranger to controversy and has repeatedly clashed with the country’s largely left-leaning cultural elite.

She was not invited to September’s Ophir Awards — Israel’s version of the Oscars — where “Foxtrot” won the best picture prize.

She instead appeared live on her Facebook page to criticise the movie and members of Israel’s Film and Television Academy.