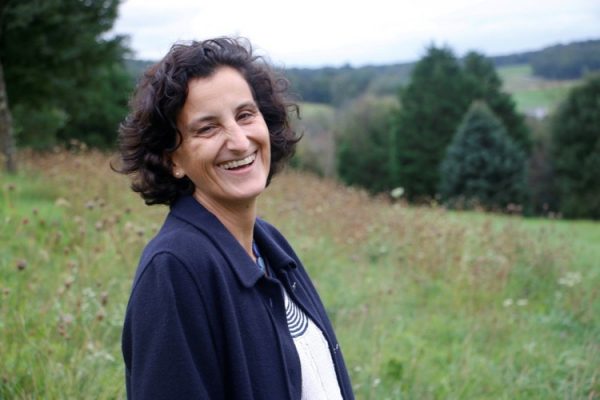 When Nadia Hassani left Germany after winning a U.S. green card in a lottery 21 years ago, she never dreamed a U.S. president would accuse the program of bringing in terrorists – as Donald Trump did last year.

Now a cook, gardener and writer, Hassani is a passionate advocate for immigration and diversity in her blog Green Card Gardner greencardgardener.com and has championed the culture of her native Germany in her cookbook Spoonfuls of Germany.

This year, she will be taking part in a German-funded charm offensive called Wunderbar Together wunderbartogether.org along with 300 other people and groups to help restore Germany’s image in the United States and strengthen ties after criticism of the country by Trump.

“The anti-immigration atmosphere undermines the whole reason I came to America. It’s contrary to what America is all about,” said Hassani, who found acceptance in the United States that had been elusive in Germany because of her German-Tunisian heritage.

Trump has been at odds with Chancellor Angela Merkel since his election victory in 2016 over issues such as trade, Iran and military spending. He singled out Germany for criticism again during a speech at the U.N. general assembly last week.

Germany has mounted similar campaigns before in countries such as China, Mexico and India but those involved with The Year of German-American Friendship (Deutschlandjahr USA) say it is the most ambitious so far.

To reach communities beyond the East and West coasts that have typically dominated Berlin’s U.S. outreach efforts, the initiative includes more than 1,000 projects.

From pop-up exhibits on the future of work to a cultural WanderbUS that will criss-cross the country to a celebration of the 100th anniversary of the Bauhaus architectural movement, the campaign is meant to shine a positive light on Germany and its culture at time of deep strains between the long-time allies.

“We view the Deutschlandjahr as a laboratory to see where we need to get more engaged, and where we have to do a better job explaining, or perhaps resist more, or perhaps just be stronger,” Emily Haber, Germany’s ambassador to the United States, told reporters in Berlin in August.

Hassani’s concerns about Trump’s isolationist polices are shared by many Germans, including Foreign Minister Heiko Maas, who has been critical of the U.S. president.

Maas, who wants to rebalance the transatlantic relationship by strengthening the European Union and partnering with other allies, will kick off the campaign in Washington on Oct. 3, the 28th anniversary of German reunification.

“We want to preserve this special bond. To do that we must politically cast a realistic look at the German-American relationship,” Maas said. “If we give Germans and Americans the possibility to be inspired by each other anew, that can help point us as politicians to a new partnership.”

Despite their political differences, the countries remain closely linked economically. The United States imports $129 billion of German goods a year, while German firms employ 700,000 people in the United States, making them the fourth largest foreign employer.

Some 45 million Americans claim some German heritage – and a third of the 3.4 million Germans living overseas in 2015 were in the United States. More than 10,000 U.S. students study at German universities each year, and the number is growing.

Germany and its European partners also depend on the United States for security under the North Atlantic Treaty Organization (NATO) – a point that has prompted Trump to push Europe to boost military spending.

But many German language programs are struggling to survive in the United States and the U.S. military has reduced its presence in Germany since the end of the Cold War.

“Even if the transatlantic community remains the cornerstone of German foreign policy, we cannot view the relationship as self-evident, nor as completely lost,” wrote Syreta Haggray for the Konrad Adenauer Stiftung www.kas.de/wf/en think-tank.

“There’s no question that the political climate is difficult. We want to look together at what the future holds, and bring back new ideas,” said Solveig Rietschel, head of international programs for re:publica.