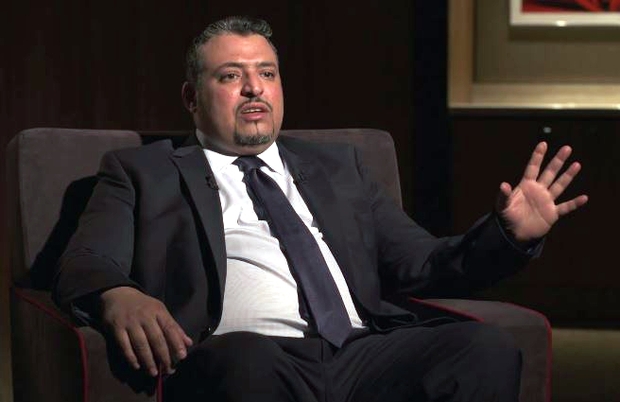 DUSSELDORF, Germany – A dissident Saudi prince has called on his uncles to depose King Salman and take over the country.

Prince Khaled bin Farhan made the appeal to Prince Ahmed bin Abdulaziz and Prince Muqrin bin Abdulaziz, saying that the damage being done to the Saudi royal family and the kingdom by Salman’s “irrational, erratic and stupid” rule had gone beyond the point of no-return.

In an interview with Middle East Eye, Prince Khaled, who was given political asylum in Germany in 2013, said that if Ahmed and Muqrin were to unite ranks then “99 percent of the members of the royal family, the security services and the army would stand behind them”.

Prince Khaled is a distant member of the Saudi royal family. But Riyadh is sensitive to any member breaking ranks, however distant he may be to the line of succession, and has tried to lure him back.

The prince said that recent statements by Mamduh bin Abdulaziz, one of the eldest surviving brothers of King Salman, indicated wider resentment within the family as a whole.

“There is so much anger within the royal family,” Prince Khaled said, “I took this information and appeal to my uncles Ahmed and Muqrin, who are the sons of Abdulaziz and are highly educated, well versed and able to change things for the better. I can say that we are all behind them and support them.”

Ahmed bin Abdulaziz, a former deputy minister of interior and minister of the interior, retains the support of important sections of the security forces and the tribes, the prince said. Muqrin bin Abdulaziz was initially appointed crown prince by his brother Salman, only to be replaced by Muhammed bin Nayef in April 2015: he in turn was replaced by current incumbent Mohammed bin Salman, sometimes known as MBS, in June 2017.

Prince Khaled said he had received a large number of emails from people within the police and army in support of his call. “I perceived from them that they are appealing, rather than demanding, to Prince Ahmed bin Abdulaziz to take an initiative to change the current situation.”

The call for a coup comes as mystery continues about bursts of heavy gunfire which were heard outside the king’s Ouja palace in Riyadh in April. The official explanation was that security guards had shot down “a toy drone”.

But the anonymous Saudi blogger Mujtahidd said that the palace had been attacked by heavy guns mounted on two SUVs, during which six security staff and two assailants were killed.

MBS has not been seen in public since the shooting incident prompting speculation in the Russian media that he had been killed. In recent days, the office of MBS has released images of him with regional leaders to counter such rumours.

Prince Khaled said the drone was a cover story which defied logic. “I personally believe that this was not necessarily an attempt to bring down Mohammed bin Salman but rather an act of protest against him.”

But he warned that if MBS stayed in power then upheaval would follow. “I would like to say to the Europeans that the situation in Saudi Arabia resembles a volcano that is about to erupt. If it erupts, it will affect not only the situation inside Saudi Arabia or in the Arab region but it will have an effect on you too.”

Saudi is a combustible mixture of different generations, tribes, regions and Wahhabism. If a coup was started outside the royal family, then the kingdom with its strict Wahhabi interpretation of Islam, could easily become a centre for international terrorism, he said.

Prince Khaled said that there are terrorist sleeper cells within Saudi Arabia and that the Wahhabi ideology is a radical ideology. It was these Islamists, he said, who most frighten Europeans and Americans.

“So, if Saudi Arabia descends into a state of chaos, there will be global chaos, and it [Saudi Arabia] will be a source of terrorism for the entire world as it will support and sustain international terrorism.”

‘The family feels it has been humiliated’

Prince Khaled belongs to the al Farhan branch of the Saudi royal family. It dates back to the 18th century, when Farhan was one of the three brothers of Muhammad bin Saud, from who Abdulaziz, the major branch of the family, descended. The rift began after Khaled’s father, who became known as the Red Prince, advocated a constitutional monarchy.

Senior members of the royal family have attempted to lure the dissident prince back to Saudi in order to silence him. One of them offered him a seat in his private plane when on an official visit to Germany, an offer he declined.

Prince Khaled was granted political asylum within two months of arriving by the German authorities, such was their assessment of the danger of abduction. He has also been told by German intelligence that his security outside the country cannot be guaranteed, even if he travels within the EU.

The prince, who said he is in regular touch with other princes in Saudi, describes the royal family as being in a state of shock at the arrest, detention and mistreatment of senior princes, such as Muqrin, during the purge ordered by King Salman and his son Mohammed in late 2017.

Prince Khaled said that the anti-corruption campaign was politically motivated to remove any challenge from more senior, experienced and legitimate rivals.

The motives of MBS

MBS has had a heady rise to power during the past year, but Prince Khaled said that for many years he was an ordinary member of the family and that as a youth he suffered from “psychological problems”.

“I wouldn’t say he was violent,” Prince Khaled said, “but when he was younger, in the royal family, he didn’t have status. He was an ordinary member of the family. His brothers had higher positions, and they had a voice within the Saudi ruling elite. Of course, his cousins were older, more experienced, better positioned, more educated and everything else.

Saudi claims to have netted $100bn from the 300-plus people who were detained at the Ritz-Carlton hotel in Riyadh in late 2017.

But even after their release, Prince Khaled said, the former detainees were not free men: instead they have monitoring devices fitted to their legs, their mobiles phones monitored and are banned from travelling outside the kingdom. “So they live in a very humiliating situation,” he observed.

Under normal circumstances, the prince said, he would commend some of the reforms introduced by MBS, including allowing women to drive and restricting the influence of religious authorities.

But he described these moves as palliatives intended to appease the West, ignoring that the real problem in Saudi is the political system, in which the king has absolute powers to appoint judges, members of the Shura Council and the government itself.

“The make-up of the state will constantly change with the personality of the king,” Prince Khaled said. “Where is the strategic plan for the state? We need to have a clear goal that we’re working towards. And it’s the role of the king to come up with a tactical plan to help us enact these strategies.

“But, with the way we’re going, our country will be late reaching them. We’re already late. We use to think that we had financial assets and educated individuals, but unfortunately the situation right now is taking us back years.”

The kingdom’s political system, Prince Khalid said, represented the will of the king and no one else: when there is a new king, everything changes.

Saudi, he noted, may be one of the biggest states in the Middle East with a population of more than 30 million, may be a member of the G20, may be the largest exporter of oil in the world, may be the holder of the second largest reserves of oil on the planet, may have a right of veto in the IMF – but the state itself is nothing more than an embodiment of the reigning king.

The prince admitted to a personal grudge against King Salman, who as the Emir of Riyadh had wielded power in family affairs. He called Salman a racist, saying he had forced the prince’s father to divorce his Egyptian wife and Khaled’s sister to divorce her Kuwaiti husband.

While the kingdom was a dictatorship before Salman acceded to the throne, Prince Khalid said, at least positions of power were shared out: today, that power is concentrated in the hands of one person.

What about the recent statement from bin Salman, that only death would stop him from ruling for 50 years?

“I would like to ask him a question through you,” Prince Khaled said. “Has he signed a contract with God that he would be allowed to live 50 years? How can he guarantee that?”