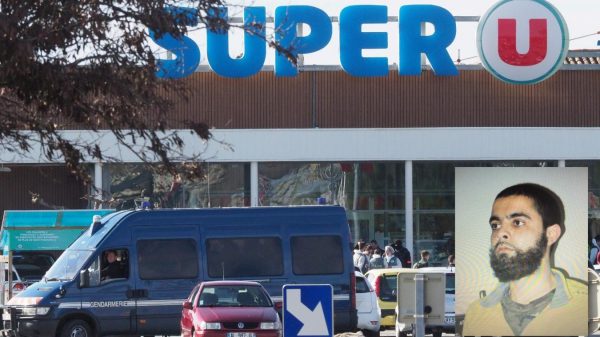 A 26-year-old Moroccan national was fatally shot in a police raid after he killed three people and took hostages at a supermarket in Trèbes in southern France. The Islamic State group has claimed responsibility for the attacks.

The Islamic State group claimed on a jihadist website that the man behind shootings in the southern city of Carcassonne and a hostage-taking at a supermarket in nearby Trèbes on Friday was one of its “soldiers”.

The suspect, 26-year-old Redouane Lakdim, was killed in a police raid on the supermarket, Interior Minister Gérard Collomb said. He was known to the authorities as a petty criminal and a minor drug dealer but was not thought to have been radicalised.

At least two people were killed in the supermarket attack, where Lakdim had demanded the release of November 13, 2015, Paris attacks suspect Salah Abdeslam.

A third victim was shot and killed earlier in the day when Lakdim stole a car in Carcassonne, injuring the driver and killing a passenger. He later shot and injured an off-duty police officer.

Speaking upon arriving back in Paris from Brussels, French President Emmanuel Macron hailed the bravery of a senior police officer who exchanged himself for a hostage, saying he was now “fighting for his life”. Macron said a total of 16 people had been injured in the attacks in Carcassonne and Trèbes.

Macron said France’s security services were studying the claims of responsibility made by the Islamic State group but added that what happened on Friday was unquestionably “an Islamist terrorist attack”. “I urge our fellow French citizens to remain aware of the terrorist threat, but also to remember the force and resistance our people have demonstrated each and every time they were attacked,” he said.

In a press conference late Friday, Paris Prosecutor François Molins said Lakdim’s female partner had been taken into police custody. He said Lakdim had been on the terror watch list since 2014 and was monitored in 2016 and 2017 for possible links to ultra-conservative Salafist movements but there was no indication he posed an imminent threat. Lakdim was sentenced in 2011 for weapons possession and for narcotics in March 201