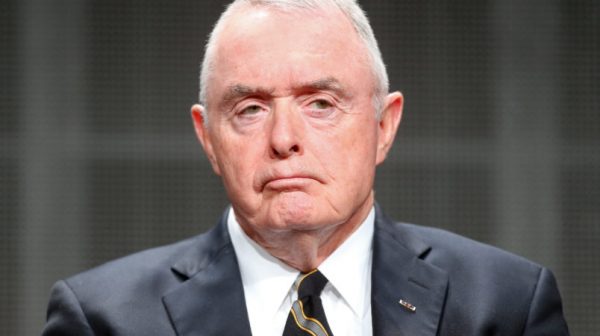 Retired General Barry McCaffrey
Share:
For the first time, a high-ranking and decorated member of America’s military has come out swinging against President Donald Trump.

Actually, he tweeted that the president was “a serious threat” to national security.

Reluctantly I have concluded that President Trump is a serious threat to US national security. He is refusing to protect vital US interests from active Russian attacks. It is apparent that he is for some unknown reason under the sway of Mr Putin.

McCaffrey, 75, is a highly decorated soldier who has been awarded two Silver Stars, three Purple Hearts and two Distinguished Service Crosses. He served in Vietnam. The president avoided service in the war due to bone spurs.

The retired general known for his no-nonsense approach wrote that president Trump seemed to be under Russian President Vladimir Putin’s sway “for some unknown reason.”

The retired general is a contributor to NBC News and reiterated his claims about Trump and Putin coziness on MSNBC Friday evening.

Lawrence O’Donnell asked McCaffrey about what led him to write the tweet.

“I’ve been fairly critical of the president for a variety of reasons,” he said, “but it was his not wanting to stand with the British over intelligence about those murders carried out by the Russians,”

Under President Bill Clinton, McCaffrey was director of the Office of National Drug Control from 1996-2001.