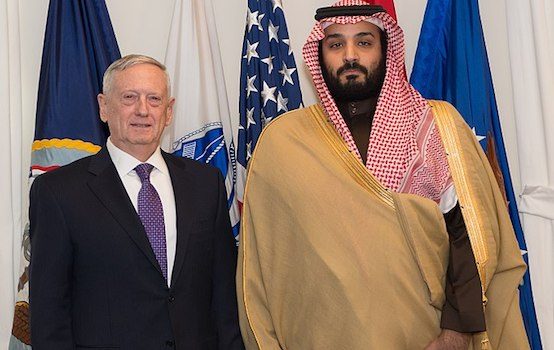 “We must also reinvigorate urgent efforts to seek a peaceful resolution to the civil war in Yemen and we support you in this regard,” Mattis said, offering his firm backing to Riyadh.

Asked by reporters at the start of his talks whether he would raise the issue of civilian casualties in Yemen, Mattis said: “We are going to end this war, that is the bottom line. And we are going to end it on positive terms for the people of Yemen but also security for the nations in the peninsula.”
REUTERS
Share: