Saudis negotiating with US a nuclear deal similar to Iran’s 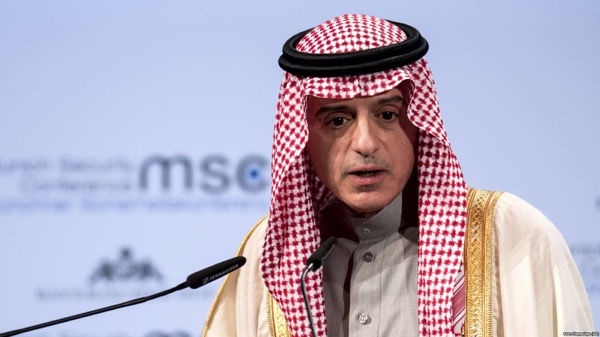 The United States is negotiating with Saudi Arabia over a nuclear power deal that might allow Riyadh to enrich and reprocess uranium in exchange for choosing U.S. companies to build reactors in the kingdom, media are reporting.

The Associated Press, Bloomberg, and other media reported on February 26 that the Saudis are pressing to include such advanced nuclear capabilities as part of a deal to establish a civilian nuclear power program, pointing to the official blessing given to Iran in its 2015 nuclear agreement with world powers, which allowed Tehran to continue limited enrichment activities in connection with its nuclear energy program.

The Saudis argue that they should be able to engage in activities that move it closer to nuclear bomb-making capability as long as the restrictions on Iran’s nuclear activities are allowed to become increasingly lenient in the next decade under the accord, media reported.

“Our objective is we want to have the same rights as other countries,” Saudi Foreign Minister Adel al-Jubeir said recently at a security conference in Munich.

Agreeing to help the Saudis enrich and reprocess uranium would be a reversal for the United States, which under President Barack Obama resisted Saudi demands for such capabilities in an effort to stave off nuclear proliferation in the volatile Middle East.

The United States in the past has required most countries to sign agreements not to enrich uranium or reprocess plutonium as a condition of buying U.S. nuclear technology.

Iran was closer than the Saudis to having nuclear bomb-making capabilities at the time the Obama administration negotiated the nuclear deal with Iran, which granted Tehran international sanctions relief in exchange for curbs on its enrichment and other nuclear activities.

The Associated Press, citing anonymous U.S. officials, reported that the Saudis might be willing to accept curbs on their nuclear abilities only if the nuclear deal with Iran is tightened.

U.S. President Donald Trump has said he wants to toughen the Iran deal, particularly by eliminating the sunset dates included in the deal’s curbs on Iranian enrichment and other activities.

Moreover, Trump has sought to be a champion for U.S. companies seeking to win business overseas. U.S. nuclear power company Westinghouse is one of several nuclear giants engaged in the bidding war for contracts with Saudi Arabia.

Saudi Arabia plans to construct 16 nuclear power reactors over the next 20 to 25 years at a cost of more than $80 billion, according to the World Nuclear Association.

U.S. Energy Secretary Rick Parry is scheduled to lead a U.S. delegation to hold talks with the Saudis in London on March 2.

While many U.S. officials still have long-standing concerns about doing anything that could set off a nuclear arms race in the Middle East, media reported that some Trump administration officials are concerned that if they don’t accommodate the Saudis’ demand for enrichment capabilities, Riyadh might turn to Russia or China, whose state-owned nuclear power companies are competing to get the Saudi contracts.

Any deal the administration reaches with Saudi Arabia would have to be approved by Congress, where some legislators have raised concerns about the possibility of the administration abandoning U.S. nonproliferation policies in the Middle East.

“Congress remains in the dark about what exactly is being considered, why we may be reevaluating our nonproliferation objectives and standards,” said Senator Ed Markey, who said he is seeking more information from the administration about its negotiations with the Saudis.