Turkey rolls out domestic rival to WhatsApp. Could use to bolster the crackdown ! 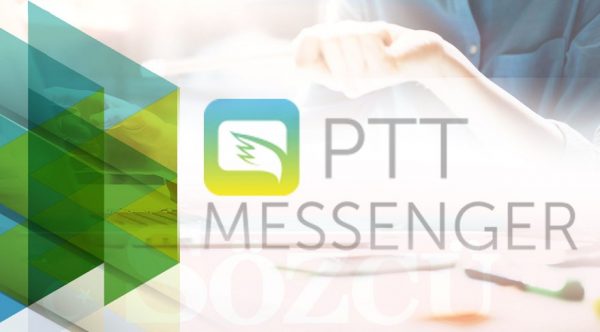 Turkey has launched a domestic messaging app to rival Facebook’s popular WhatsApp Messenger service, raising concerns among government critics that Ankara could use the new platform to tighten surveillance and bolster an 18-month-old crackdown.

The app, called PttMessenger after Turkey’s Post and Telegraph General Directorate (PTT), was introduced in a limited roll-out to state institutions and some private companies this week. It is expected to be publicly available in six months.

Critics cast doubt on the suggestion PttMessenger data could not be retrieved, fearing it will give authorities greater ability to monitor dissent, pointing to the widespread crackdown that was launched after a failed military coup in July 2016.

They cite concerns that PttMessenger might eventually become mandatory downloads for devices used by these institutions, and eventually for the personal electronic devices of employees.

“An app designed with government support, especially if that government is Turkey, where there are serious violations of fundamental rights and freedoms, should make potential users think not three, but five times about using it,” said Yaman Akdeniz, a law professor at Istanbul Bilgi University.

There is no evidence showing PttMessenger is more secure than WhatsApp, Akdeniz said, adding that having a “domestic and national” messaging app would make it easier for communication logs to be retrieved by Turkish law enforcement.

The Turkish PTT was not immediately available for comment.

More than 50,000 people have been jailed in the aftermath of the failed coup and 150,000 sacked or suspended from their jobs.

Rights groups and some of Turkey’s Western allies say that President Tayyip Erdogan is using the coup as a pretext to quash dissent. Turkey says the measures are necessary given the security threats it faces.

The crackdown picked up pace after the start of a military incursion into Syria last month, with authorities detaining some 600 people so far for protesting the incursion or criticizing it on social media.

Erdogan has also promised to strip the word “Turkish” from the name of the national medical association after it opposed the military campaign.

This week a draft law was submitted to parliament to expand the powers of the radio and television watchdog to include overseeing online content providers, a move the main opposition described as digital censorship.

“The goal is to record who every citizen is speaking to and what they are saying,” said Filiz Kerestecioglu, a lawmaker for the pro-Kurdish opposition Peoples’ Democratic Party (HDP), many of whose prominent members have been jailed.

An estimated 40 percent of the Turkish population were active WhatsApp users as of December 2016, according to research firm Statista. That was more than double the United States, at 18 percent, but behind several other emerging markets, including Saudi Arabia and Malaysia.