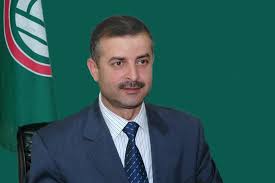 “What one of the officials has said about the Palestinian cause requires a clarification, carries malicious intentions and is aimed at shifting the country to another course,” Qobeissi , a member of Speaker Nabih Berri Amal Movement  warned.

“Someone has voiced remarks that need to be clarified because he occupies a governmental and official Lebanese post. The martyrs in their tombs cannot condone the stances that were voiced during a TV interview and we will not remain silent,” the MP added.

Bassil has sparked controversy by saying that he does not reject Israel’s existence and that Israel “has the right to live in security.”

“We do not have an ideological problem with Israel. We do not reject Israel’s existence and its right to live in security. We are only saying that we want all peoples to lives in security and to acknowledge each other,” Bassil said in an interview with the Beirut-based, pan-Arab al-Mayadeen television.

A statement issued by Bassil’s press office said a video circulated on social media was “taken out of context.”

“This campaign is aimed at undermining Minister Bassil’s stance on Jerusalem at the Arab League,” the press office added.