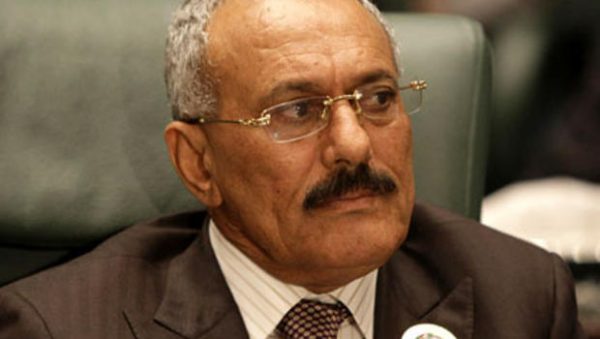 The Saudi-led coalition in Yemen has welcomed an offer of talks by former President Ali Abdullah Saleh whose forces have been fighting against it.

A coalition statement said the decision to “take the lead and to side with their people will free Yemen of… militias loyal to Iran”.

Mr Saleh said he would be ready to “turn the page” if the coalition lifted a blockade and halted its attacks.

But Houthi rebels, his allies until this week, accused him of a “coup”.

Clashes between Mr Saleh’s forces and Houthi fighters are continuing in the capital, Sanaa. Aid groups say dozens of people have been killed in fighting between the two sides in recent days.

The Houthis are backed by Iran but have been Mr Saleh’s allies against the internationally-recognised government of President Abdrabbuh Mansour Hadi since 2014.

“I call upon the brothers in neighbouring states and the alliance to stop their aggression, lift the siege, open the airports and allow food aid and the saving of the wounded and we will turn a new page by virtue of our neighbourliness,” Mr Saleh said in a televised speech.

He added: “We will deal with them in a positive way and what happened to Yemen is enough.”

Mr Hadi also welcomed the statement, saying he was ready to work with Mr Saleh against the Houthis.

He urged the “turning a new page with all the political sides… and to form a broad national coalition that will lay the foundations for a new era and unify everyone against the coup militia”.

However, the Houthis were less open to Mr Saleh’s idea. A spokesman said: “Saleh’s speech is a coup against our alliance and partnership… and exposed the deception of those who claim to stand against aggression.”

The two groups had been fighting the Hadi government for nearly three years under an uneasy alliance.

But the latest feud erupted when Mr Saleh’s supporters accused Houthi rebels of breaking into the city’s main mosque complex.

On Saturday there were reports of further fighting in Sanaa, with explosions and gunfire concentrated in the southern suburb of Hadda where relatives of Mr Saleh live.

More than 8,670 people have been killed and 49,960 injured since the Saudi-led coalition intervened in the Yemen conflict, according to the UN.

The conflict and a blockade by the coalition has also left more than 20 million people in need of humanitarian aid, created the world’s largest food security emergency, and led to a cholera outbreak that is thought to have killed 2,211 people since April. 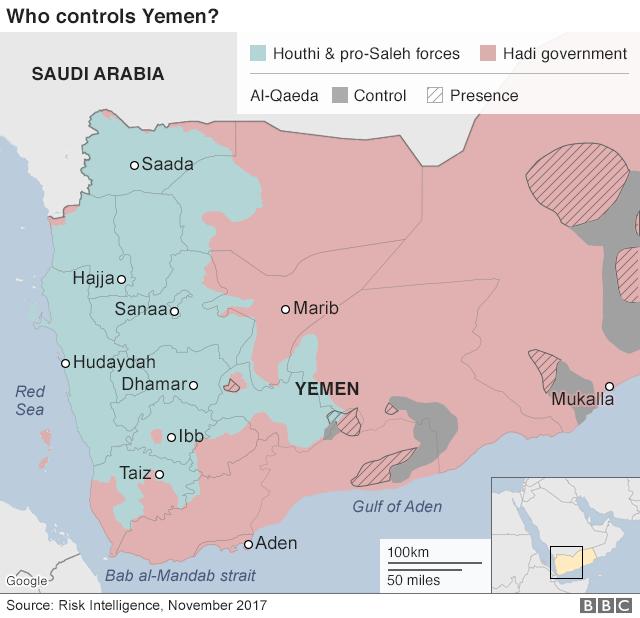