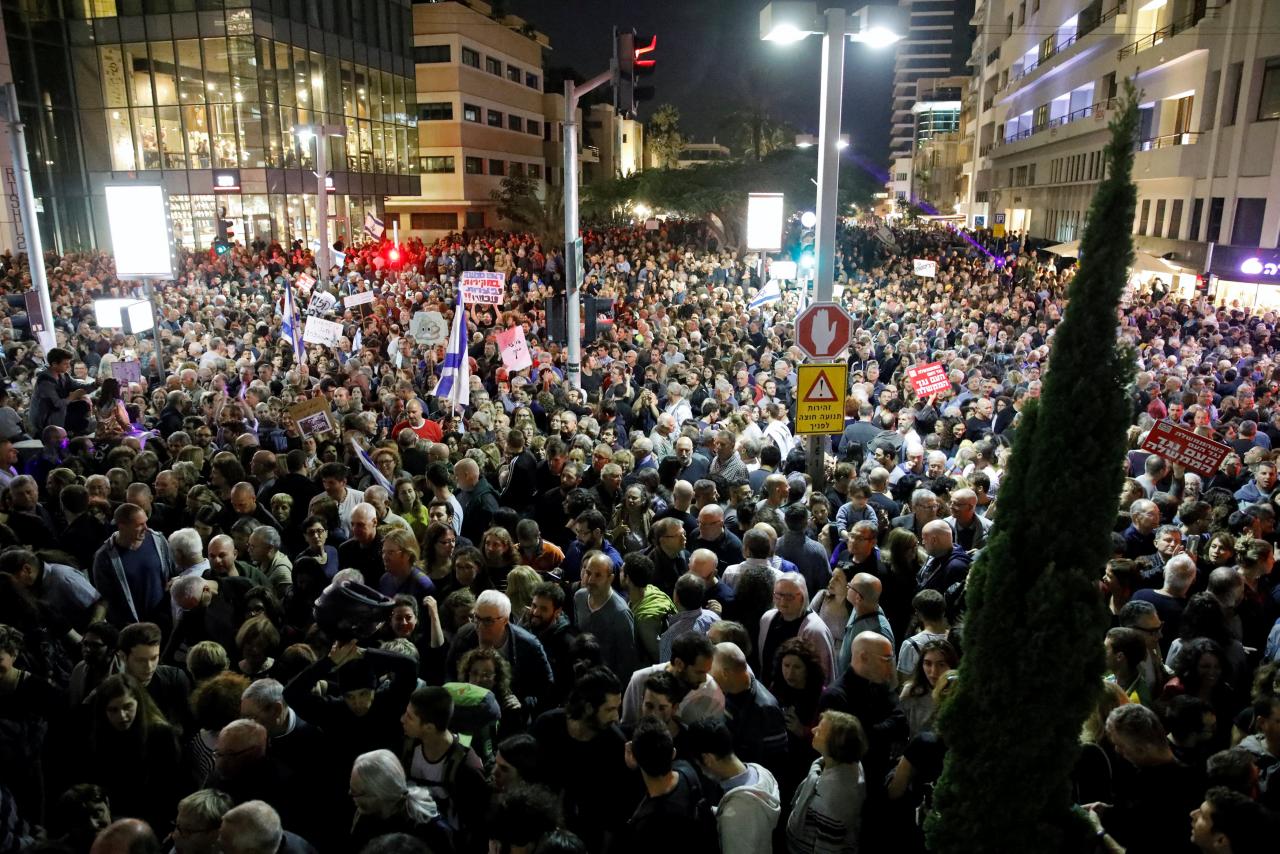 About 20,000 Israelis demonstrated in Tel Aviv on Saturday against government corruption and Prime Minister Benjamin Netanyahu who is under criminal investigation over allegations of abuse of office.

The demonstration was by far the largest of weekly anti-corruption protests sparked by corruption allegations against Netanyahu, who denies any wrongdoing.

The four-term leader is suspected of involvement in two cases. The first involves receiving gifts from wealthy businessmen and the second involves negotiating a deal with a newspaper owner for better coverage in return for curbs on a rival daily

Saturday’s protest was prompted by a draft law expected to be ratified by parliament next week, which would bar police from publishing its findings in two investigations of Netanyahu.

A Reuters cameraman and Israeli media put the number of demonstrators at about 20,000. Police would not provide an official estimate.

Critics say the draft law is a blatant attempt to protect Netanyahu and keep the public in the dark about his investigation. Supporters of the legislation say it is meant to protect suspects’ rights.

Netanyahu has said he has no interest in promoting personal legislation but he has not ordered its two sponsors, close confidants in his Likud party, to withdraw the bill.

Netanyahu has described himself as a victim of a political witch hunt and said of the cases against him: “There will be nothing because there is nothing.”

If charged, he would come under heavy pressure to resign or could call an election to test whether he still had a mandate.