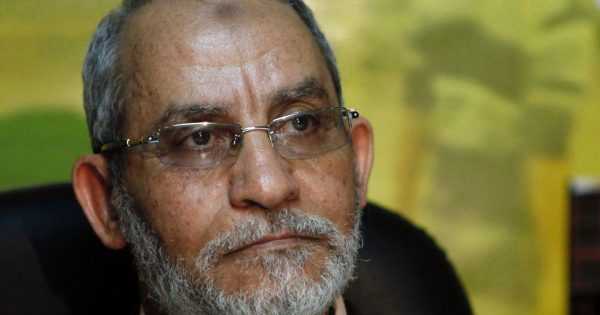 The judgment by the court of cassation against the sentence, handed out in 2016, cannot be appealed.

Badie, 74, was convicted for his role in violence that broke out in the Suez Canal city of Ismailia days after the army, led by then General Abdel Fattah al-Sisi, toppled President Mohamed Mursi, a member of the Brotherhood, following mass demonstrations against him.

They were charged with killing three people and attempting to kill 16 others, thuggery, and vandalizing public property among other offences, related to the clashes in Ismailia in July 2013.

Authorities outlawed the Brotherhood after Mursi was ousted, and arrested thousands of its supporters. They also dissolved its Freedom and Justice Party, which Mursi led.

Mass life and death sentences have been common since then in what rights groups call an unprecedented crackdown by the government of Sisi, who promised during campaigning for the presidency to wipe out the Brotherhood.

Badie has also been sentenced to life in eight other cases, only one of which has been confirmed. Two were canceled, two are pending appeal and three the subject of retrials.