The race to save coffee, as climate change could spell disaster 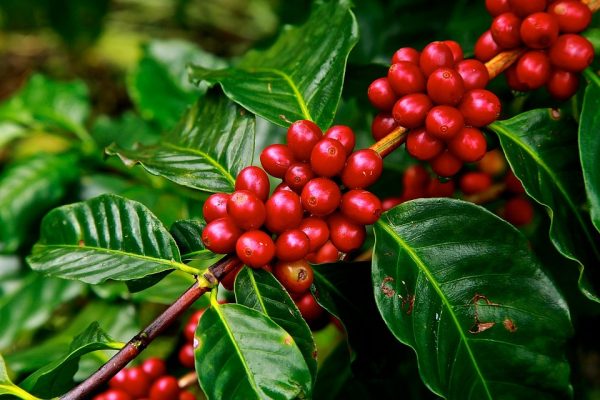 CENTROAMERICANO, a new variety of coffee plant, hasn’t sparked the buzz of, say, Starbucks’s latest novelty latte. But it may be the coolest thing in brewing: a tree that can withstand the effects of climate change.

Climate change could spell disaster for coffee, a crop that requires specific temperatures to flourish and that is highly sensitive to a range of pests. So scientists are racing to develop more tenacious strains of one of the world’s most beloved beverages.

In addition to Centroamericano, seven other new hybrid varieties are gradually trickling onto the market. And this summer, World Coffee Research ­— an industry-funded nonprofit group — kicked off field tests of 46 new varieties that it says will change coffee-growing as the world knows it.

“Coffee is not ready to adapt to climate change without help,” said Doug Welsh, the vice president and roastmaster of Peet’s Coffee, which has invested in WCR’s research.

Climate scientists say few coffee-growing regions will be spared the effects of climate change. Most of the world’s crop is cultivated around the equator, with the bulk coming from Brazil, Vietnam, Colombia, Indonesia and Ethiopia.

Rising temperatures are expected to shrink the available growing land in many of these countries, said Christian Bunn, a postdoctoral fellow at the International Center for Tropical Agriculture who has analyzed the shift in coffee regions. Warmer air essentially “chases” coffee up to cooler, higher altitudes — which are scarce in Brazil and Zimbabwe, among other coffee-growing countries.

Temperature is not climate change’s only projected impact in coffee-growing regions. Portions of Central America are expected to see greater rainfall and shorter dry seasons, which are needed to harvest and dry beans. In Peru, Ecuador and Colombia, rainfall is projected to decrease, potentially sparking dry periods.

These sorts of changes will pose problems for many crops. But coffee is particularly vulnerable, scientists say, because it has an unusually shallow gene pool. Only two species of coffee, arabica and robusta, are currently grown for human consumption. And farmers traditionally haven’t selected for diversity when breeding either plant — instead, essentially, they’ve been marrying generations of coffee with its close cousins.

As a result, there are precious few varieties of arabica that can grow in warmer or wetter conditions. In addition, diseases and pests that might be exacerbated under climate change could knock out entire fields of plants.

Coffee farmers could see their livelihoods threatened, noted Aaron Davis, a British coffee researcher, because coffee trees are perennials with a 20- to 30-year life span: If a field is damaged by a bad season, farmers aren’t necessarily in a position to immediately replant it. And because coffee takes three years to mature, farmers face several years without income after new trees are planted.

“Under all these scenarios, farmers pay the biggest price,” Davis added.

While few experts expect these factors to drive coffee to extinction, they could severely reduce the global supply — and increase the hardship for coffee farmers.

“The major concern of the industry is that the quantity, and even the future, of good coffee is threatened by climate change,” said Benoit Bertrand, an agronomist with the French agricultural research group CIRAD and one of the world’s most respected coffee breeders. “So the question becomes: How can we address this with new technology and new innovations?”

Despite coffee’s global popularity, few growers have risen to the challenge. There has historically been no real market for improved coffee plants, Bertrand and Davis said: Unlike such major commodity crops as corn or soybeans, coffee is grown primarily by small farmers with low margins who can’t shell out for the latest seed or growing system.

As a result, coffee is coming late to the intensive breeding programs that have revolutionized other crops. But in the past 10 years, interest around plant improvement has exploded, driven in part by the growth of the specialty coffee market.

Plant breeders have begun cataloguing the hundreds of strains of arabica in existence and cultivating them in different growing areas. They’ve also begun to experiment with robusta, which grows in higher temperatures and fares better against diseases but often tastes bitter. There is some hope that new varieties of robusta, or robusta/arabica crosses, could capture that resilience without the bad flavor.

Lately, there has been a particular surge of interest in a type of plant called an F1 hybrid, which crossbreeds two different strains of arabica to produce a unique “child” plant. They can be made from any of the hundreds of varieties of arabica and bred for qualities such as taste, disease resistance and drought tolerance.
Because they are the first generation, F1 hybrids also demonstrate something scientists call “hybrid vigor” — they produce unusually high yields, like a sort of super plant.

Since 2010, eight such F1 hybrids have been released to the commercial market. Bertrand is currently testing a class of an additional 60 crosses with the support of World Coffee Research.

The researchers say that the top two or three — which are expected to become available to farmers as soon as 2022 — will offer good taste, high yields and resilience to a range of coffee’s current and future woes, from higher temperatures to nematodes.

“These hybrids deliver a combination of traits that were never before possible in coffee,” said Hanna Neuschwander, the communications director at World Coffee Research. “It’s the traits that farmers need with the traits that markets demand. People used to think the two were mutually exclusive.”

But the hybrids’ success remains largely untested at scale. Of the eight F1 hybrids on the market at present, only one — Centroamericano — has been planted in any significant volume, Neuschwander said. The variety is currently growing on an estimated 2,500 acres in Central America; for context, the U.S. Agriculture Department reports that Honduras alone grows coffee on more than 800,000 acres.

Farmers who have planted the new trees are seeing success. Starbucks has sold coffee made from F1 hybrids as part of its small-lot premium brand. Last spring, a batch of Centroamericano grown on a Nicaraguan family farm scored 90 out of 100 points in that country’s prestigious tasting competition, which some in the industry heralded as a major victory.

But the path to adoption will be steep. Breeders have developed these plants, Neuschwander said, but many areas of the world don’t have the seed industries and infrastructure in place to actually distribute them. That’s particularly true in the case of F1 hybrids, which — thanks to their particular genetics — can only be grown from tissue samples.

F1 hybrids are also expensive — as much as 21/2 times the cost of conventional plants. That puts them well outside the range of most smallholder farmers, said Kraig Kraft, an agroecologist and technical adviser with Catholic Relief Services’ Latin America division.

Kraft, who has worked with World Coffee Research to test F1 hybrids in Nicaragua, said that in his region, at least, only midsize and large plantations have switched to them.

“I think our position is that we need to really understand the requirements for all farmers to be able to use these new technologies,” Kraft said. “My concern is that small farmers don’t have access to the capital to pay for these investments.”

Even if they did, however, some experts caution that the new coffee varieties are only a piece of a much larger adaptation process. To cope with the effects of climate change, farmers may need to adopt other agricultural practices, such as shade-farming, cover-cropping and terracing, said Bunn, the researcher.
In some regions, those practices won’t be economical. And in that case, policymakers should focus on helping farmers transition to other crops or other livelihoods altogether, researchers stress.

“People sell [F1 hybrids] as a silver bullet,” Bunn said. “To be clear, those plants are indispensable, and I don’t question the value of the work . . . but we need more to adapt to climate change. And we need to accept the hard reality that some places will need to move out of coffee production.”