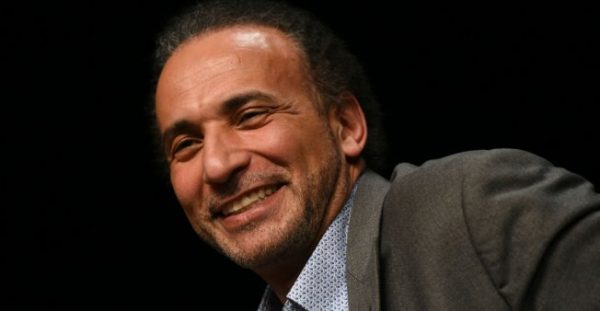 A rape and sexual assault complaint was filed on Friday in France against Swiss Islamist and Professor Tariq Ramadan by former Salafist Henda Ayari.
The complaint filed with the Rouen prosecutor’s office in northwestern France, by the Salafist turned secular activist, detailed criminal acts of rape, sexual assault, violence, harassment and intimidation, according to document reviewed by AFP.

The Liberators Association, which Henda Ayari is president of, said on Facebook that she was “a victim of something very serious several years ago” but did not reveal the name of her aggressor for safety reasons.

In her book “I Chose to be Free”, published in November 2016, she described her aggressor as Zubair.

She said in her writings that she met him at his hotel in Paris after the Islamist thinker gave a lecture.

“I will not give precise details of the acts he has done to me. It is enough to know that he has benefited greatly from my weakness,” Ayari wrote.

She said in her book that when she rebelled against him at one point he screamed at her, insulted her, slapped her and treated her violently.

“I confirm today, that the famous Zubair is Tariq Ramadan,” Ayari published on Facebook.

According to Jonas Haddad, Ayari’s lawyer, the plaintiff did not report the assault earlier, out of fear.

“After revelations over the past few days of rape and sexual assault claims in the media, Henda has decided to say what happened to her and take legal action,” he told AFP.

On Saturday, French daily newspaper Le Parisien reported that Ramadi has denied the allegations and plans to counter Ayari’s accusations by filing his own report with the police.

Ayari’s police report was filed as millions of women across the globe in the past week have come forward to share personal accounts of sexual assault and sexual harassment following allegations recently made public against Hollywood mogul Harvey Weinstein.

Ramadan could not be reached by AFP and did not react to the allegations on social media.

Swiss-born Ramadan, whose grandfather, Hassan al Banna, founded the Egyptian Muslim Brotherhood, is a controversial figure who has both been praised as a reformist and denounced as a radical for his theories on Western society — namely how modern Islam will shape Europe, which he claims is in decline.

In 1995, Ramadan was temporarily barred from entering France due to alleged links to Algerian terrorists. In 2003, he clashed with France’s then interior minister, Nicolas Sarkozy, when he refused to condemn stoning, insisting instead on a “moratorium on the death penalty”.

Due to his many confrontations with French politicians – in particular with Sarkozy during his presidency – Ramadan has become a household name in France.

He is currently a professor of contemporary Islamic studies at the University of Oxford in the United Kingdom.