‘The Kurdish regional government is at an impasse’ 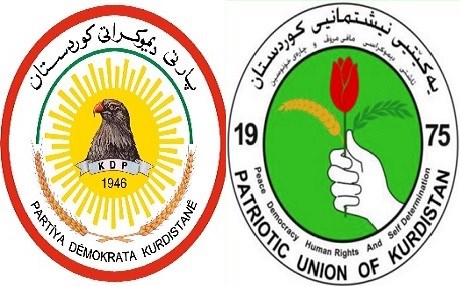 On Tuesday, Iraqi regime troops took back the vast majority of Kirkuk province’s oilfields after the withdrawal of Kurdish forces, dashing the autonomous Kurdish region’s hopes for independence. Without the province’s considerable petroleum resources, the viability of a potential Kurdish state is heavily compromised.

Iraqi President Fuad Masum, a Kurd who belongs to the PUK, placed responsibility for Baghdad’s military intervention on September’s controversial Kurdish independence referendum, which was held on Barzani’s initiative and saw a massive victory for the “Yes” camp. The vote “provoked dangerous disputes” between Baghdad and the Kurdish regional capital of Erbil, Masum said Tuesday.

For their part, KDP officials underscore the PUK’s responsibility in the loss of Kirkuk. They say that a large share of PUK combatants withdrew from fighting after a deal with Baghdad facilitated the Iraqi forces’ advance.

FRANCE 24 spoke with Jean Marcou, director of International Relations at the Grenoble Institute of Political Studies and an expert on the region, to learn more about the roots of the parties’ antagonism and the situation as it stands today.

FRANCE 24: The two main Iraqi Kurdish parties are openly at odds in the wake of Iraqi forces’ gains in Kirkuk. Animosity between these two factions is not new. When did it begin and why?

Jean Marcou: These are originally family and tribal rivalries with the Barzani family, on the one hand, and the Talabani family on the other. In addition, there are each party’s respective international alliances: In recent years, the KDP has allied with Turkey while the PUK, traditionally, has looked instead to Iran. There are other political and ideological divergences between them as well, but they are minor compared to the tribal and strategic differences. This polarisation dates way back; in the 1990s it even gave rise to armed clashes between the two groups.

In today’s conflict, the two parties’ attitudes are also very different. The PUK, which controls the Iraqi presidency, has a much stronger relationship with Baghdad whereas the KDP has taken over the presidency of the Kurdistan regional government. The independence referendum was very much linked to the KDP since it was initiated by Barzani, whose mandate has been extended for the past several years. Today he is looking for new momentum.

In your opinion, are the deep divisions resurfacing between these two parties irreversible this time?

Not necessarily. Experience has often shown that in conflicts, not just in Kurdistan but also in the Middle East, rival groups or factions that might clash very bitterly are also able, when they have a converging interest, to make peace and come to an agreement. But at the moment there is a risk of confrontation because what is at stake, beyond the future of Kurdistan, is a battle for influence.

Masoud Barzani was elected president of the Kurdish autonomous region in 2009. His four-year term was extended for two more years by parliament in 2013. To reassure worried adversaries, he said this year he didn’t want to stand for the presidency again. Does his withdrawal from politics seem likely to you, and how would it change things?

It appears fairly unlikely given the role he has played in recent years. In any event, I think the Kurdish regional government is at an impasse. Barzani’s withdrawal could ease some tensions within the Kurdish movement, but it could also create new divisions, awaken latent ambitions and lead to new conflicts. I don’t quite see at the moment how this situation could evolve. What is certain is that it is fairly comparable to what is happening in Catalonia today. One has the impression that these independence proclamations are at a bit of a standstill and that it is difficult to realise them.