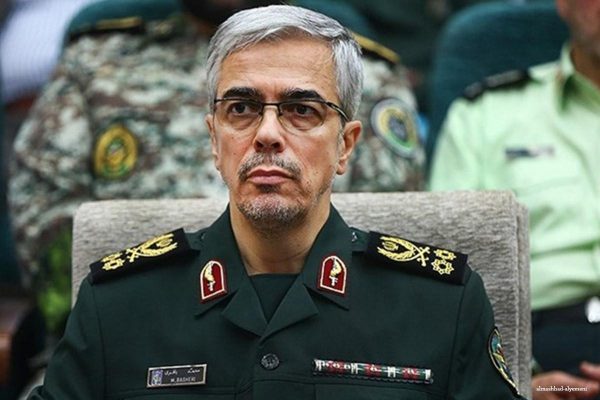 Iran’s military chief warned Israel against violating Syrian airspace and territory on a visit to Damascus on Wednesday, Iranian state media said, a sign of rising tensions with Israel as it voices concern over Iranian influence in Syria.

General Mohammad Baqeri also pledged to increase cooperation with the Syrian military to fight Israel and insurgents in Syria, where Iranian forces and Iran-backed militias including Hezbollah have provided critical military support to Damascus.

“It’s not acceptable for the Zionist regime to violate the land and airspace of Syria anytime it wants,” Baqeri said in the Syrian capital at a news conference with his Syrian counterpart.