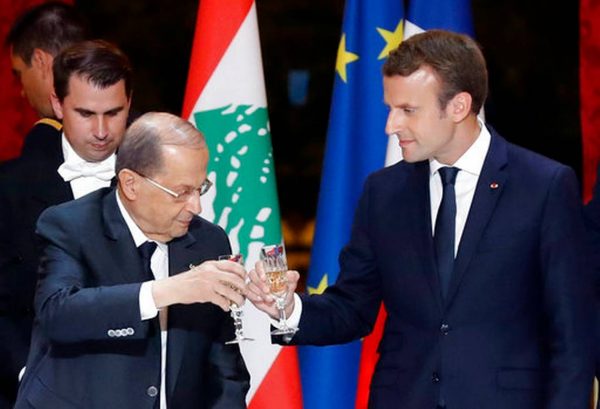 President Michel Aoun has said from Paris he wants some 1.5 million Syrian refugees living in Lebanon to henceforth start returning to their homes, voluntarily or not.

Aoun, in a state visit to France, said that U.N. assistance given to aid Syrian refugees in “camps of misery” in Lebanon would be better used to return them to their country “from now on.”

“We don’t want to wait for their voluntary return,” Aoun insisted, speaking at the Elysee Palace alongside French President Emmanuel Macron.

Aoun said that most of the Syrian regions from which the refugees hail are “now secure.”

Macron distanced himself from his counterpart’s viewpoint, saying that the absence of a political solution in Syria prevents refugees from returning back home permanently.