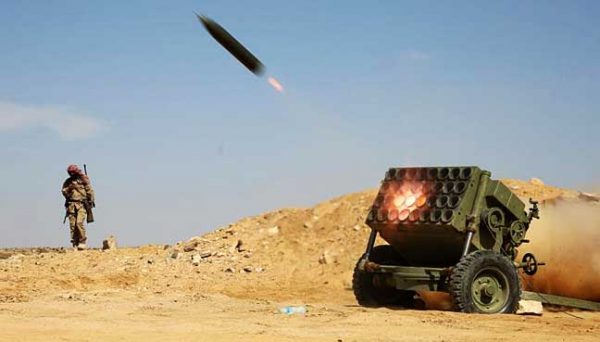 RIYADH: A Yemen rebel missile heading towards Saudi Arabia was intercepted late Saturday, the Arab military coalition said, in the midst of nationwide celebrations to mark the founding of the kingdom.

The ballistic missile targeted Khamis Mushait, which houses the Saudi-led coalition’s main airbase for its operations in Yemen, the official Saudi Press Agency quoted the coalition as saying.

It added that the missile was intercepted without casualties or damage.

“The Saudi Royal Air Force discovered the launch of a ballistic missile from within Yemeni territory,” SPA said.

“The coalition forces then targeted the launch site.”

The attack came as Saudi Arabia celebrated its national day across the kingdom with a raucous display of concerts, folk dance and fireworks.

Occasional ballistic missile attacks, as well as more frequent short-range rocket fire over the southern border, have in the past been conducted after coalition air strikes against the rebels in Yemen.

Last week, the head of the rebels threatened to fire missiles at the United Arab Emirates and to attack Saudi tankers in the Red Sea.

The coalition intervened in the country in March 2015 to support President Abedrabbo Mansour Hadi, who says the rebels are supported by Saudi’s regional arch-rival Iran.

The war has killed more than 8,500 people and wounded nearly 49,000 others, according to the World Health Organization.

More than 17 million Yemenis are now facing dire food shortages, and a nationwide cholera epidemic has killed more than 2,100 people since April.