Persians hate the Arabs. “Will never forget their defeat by the Arabs in Qadisiya battle” 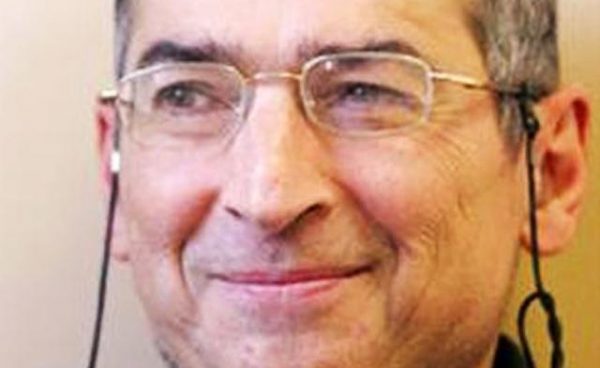 Iranian intellectual Sadek Zibakalam says that most Iranians hate not only Arabs, but many other peoples as well. (File photo)
Share:

“Persians will never forget their defeat at the hands of Arabs in the Battle of Qadisiya 1,400 years ago. It is as if a fire keeps seething under the ashes and is waiting for the right moment to explode.”

The relationship between Arabs and Persians has always been a source of controversy, not only owing to the contemporary power struggle in the region, but also because of a long history of rivalry that formed an integral part of the national psyche of both people. Iranian intellectual Sadek Zibakalam provides deep insight into the different levels of this enduring animosity.

“I think the majority of Iranians of all types hate Arabs, and I believe they hate us, too,” Sadek Zibakalam, who is also a professor at the University of Tehran, said in an interview with the Iranian weekly Sobh Azade.

Zibakalam said there is a link between racism and a lack of education, and pointed out that this is the case in Europe, where people who express hatred against Jews or Muslims or foreigners are mostly uneducated. However, the situation tends to be different in Iran.

“The phenomenon of hating Arabs is very common among intellectuals in Iran,” he said.

He added that religious people also frequently express their resentment of Arabs, which usually comes in the form of curses directed at Sunnis.

“As a matter of fact, Iranians’ constant attacks on Sunnis stem from their hatred of Arabs.”

This hatred, Zibakalam argued, is not the product of the current hegemony conflict in the region, as many people might suspect, but has its roots in history.

“Persians will never forget their defeat at the hands of Arabs in the Battle of Qadisiya 1,400 years ago. It is as if a fire keeps seething under the ashes and is waiting for the right moment to explode,” he said.

Iran’s attempts to gain supremacy in the region are not triggered by political ambition as much as by a racist drive that pushes Iranians to prove they are superior, the professor said.

“Whenever Iran issues any fiery statement about our neighbors in the U.A.E, Qatar, or Kuwait, you can easily detect that they revolve around a belief that Persians are superior. Listen to our foreign minister, parliament speaker, or even mosque imams, and you will notice that derogatory tone they use and which focuses on the racial and not the political superiority of Persians.”

He cited the example of the U.A.E., which many Iranians, politicians and clergy derides in their statements.

“They would say that if Iranians just blow some air across the Persian Gulf, they would wipe the U.A.E off the map,” he said.

When asked whether the stance of the people is similar to that of the government as far as hatred of Arabs is concerned, Zibakalam replied in the affirmative.

“Yes, people are like the government, and may be even more racist and intolerant.”

For example, he said, when a couple of years ago the U.A.E said it was not going to drop its opposition to Iran’s occupation of three disputed Islands in the Gulf and referring to the “Persian Gulf,” large numbers of people rallied in front of the U.A.E embassy in Tehran with a cake that had 35 candles: they were making fun of the U.A.E’s 35-year history, compared to Iran’s 2,500.”

He added that Iranians also criticize their compatriots who travel to Arab countries. For example, they always ask why they would go and spend their money in Arab countries, while they never do the same with Turkey, where huge numbers of Iranians go.

“This even applies to religious trips to the Arab world, while if Mecca or Karbala were in Turkey or Malaysia, Iranians would not have a problem with people going there,” Zibakalam said.

He added that Persian racism against Arabs becomes very clear in language, and that the establishment of the Persian Language Institute was intended to carry out a plan to remove Arabic words from the Persian language.

“Arabic words that have been in the Persian language for more than 1,00 years would be removed even though they are mentioned in great literary works like The Shahnameh and the poetry of Rumi, all of which are parts of our history.”

Zibakalam also admitted that this “racism” for which Iranians are known is not practiced against Arabs only, but also against other non-Persian ethnicities inside Iran.

“If for example we take jokes as an indication of the way we view people, you will find how the Turkmens and the Lur are the most ridiculed in our jokes.”

That same goes for other groups, such as Kurds and the Baluchi, he added.

Zibakalam was born in 1948 to a Shiite family in Tehran and obtained his Ph.D. in political science from the University of Bradford in the U.K. He is currently a member of the Scientific Association at Tehran University.

Zibakalam was a critic of the Shah and a supporter of former Prime Minister Mohamed Mossadeq. He was sent to jail for two years during the Shah’s reign.

After the 1979 Islamic Revolution, Zebakalam held several government positions and played a major role in the Iranian Cultural Revolution, in which academics who did not toe the line of the new republic were dismissed. He, however, expressed his regret for taking part in the revolution and issued a direct apology.

One of the things known about Zebakalam is that he has never belonged to any party, and that he criticizes both conservatives and reformists. He is also said to be close to former Iranian President Akbar Hashemi Rafsanjani.