ISIS was created and funded by Israeli Intelligence, insists a Shi’ite Imam in California 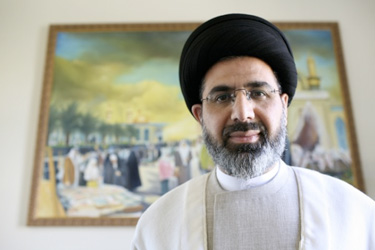 As Spain and Finland cope with this week’s violent attacks by ISIS sympathizers, a popular Shi’ite preacher in California who claims friendship with prominent people insists the Islamic State was created and is funded by Israeli intelligence.

“All of you know who established ISIS, Al-Qaeda and all of those terrorist organizations,” Imam Sayed Moustafa Al-Qazwini said on June 29 at the Islamic Educational Center in Orange County, according to a report by Fox News

“Most of their officers were trained in Israel, including Abu Bakr Al-Baghadi,” the nominal leader of the Islamic State, the Imam added.

Al-Qazwini 56  who was born in born in Karbala  can allegedly  trace his lineage forty-two generations back to prophet Muhammad.