An Iranian cancer researcher who was detained at Boston Airport , sent back to Iran 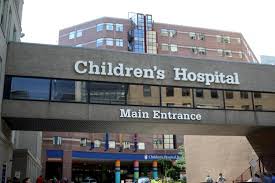 An Iranian cancer researcher who was detained at Boston’s Logan International Airport has been sent back to his home country.

Dehnavi was arriving in the U.S. to start work at a prominent Boston hospital.

Boston Children’s Hospital said in a statement earlier Tuesday that Dehnavi was prevented from entering the country with his wife and three young children despite holding a J-1 visa for visiting scholars. They arrived at the airport Monday.

The hospital said the reasons for the detention were unclear.

Malin said the Dehnavis family’s detention was for “reasons unrelated” to President Donald Trump’s executive order on travelers from six predominantly Muslim countries. She said the stop was based on information discovered during the agency’s review. She didn’t elaborate.

But Malin noted that visa applicants “bear the burden of proof” to meet all requirements and can be denied entry for a range of reasons, including health-related issues, criminality or security concerns.

The Supreme Court recently ruled the Trump administration could largely enforce its temporary ban on travelers from Iran, Libya, Somalia, Sudan, Syria and Yemen. But the court said the ban can’t block people with a “credible claim of a bona fide relationship with a person or entity in the United States.”

Some advocacy groups, including the American Civil Liberties Union and the National Iranian American Council, suggested the detention might be a violation of the Supreme Court order.

“The family is very worried,” said Shayan Modarres, a lawyer for the D.C.-based council, which has been in contact with the family. “If it is a minor paperwork issue, then something needs to be told to the family so they can resolve it.”