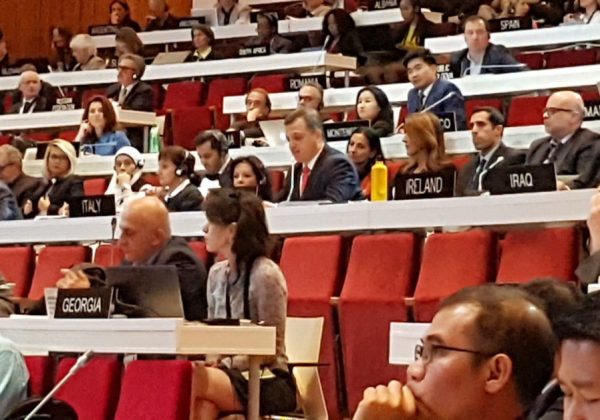 WARSAW, Poland — Israel has protested a UNESCO vote that called it the “occupying power” in Jerusalem’s Old City which includes sites sacred to Jews, Christians and Muslims.

Participants in a UNESCO World Heritage Committee’s session in Krakow, Poland, called on “Israel, the occupying power” to stop “persistent excavations, tunneling, works, projects and other illegal practices” in East Jerusalem and especially in the Old City.

They also decided to keep Jerusalem’s Old City and its historic walls on the List of World Heritage in Danger. The Western Wall is a remnant of the biblical temple and the holiest site where Jews can pray.

Israeli Ambassador to the U.N. Danny Danon condemned the vote’s wording as “disgraceful” and stressed that the Old City holds sites “the most sacred” for the Jews.

“No faux ‘heritage committee’ can sever the bonds between our people and Jerusalem,” Danon said in a statement made available to The Associated Press on Wednesday.

The wording proposed by Kuwait, Lebanon and Tunisia was the latest in a string of spats between Israel and the U.N. cultural agency.

Israel captured east Jerusalem, with sites holy to Jews, Christians and Muslims, in the 1967 Mideast war. Palestinians claim the territory as part of their future state, and its fate is one of the most contentious issues in the decades-old conflict.