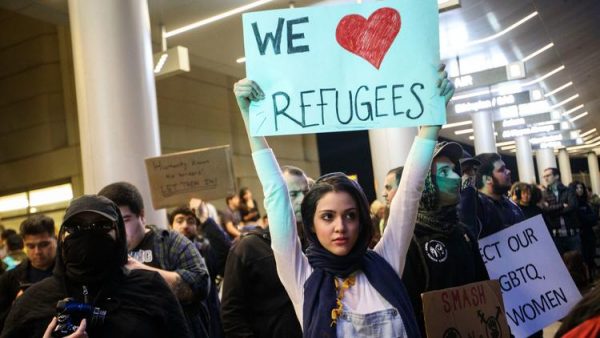 The travel order issue is already before the Supreme Court because of a separate ruling against Trump issued last month by the 4th Circuit Court of Appeals based in Richmond, Va.

The 9th Circuit said Trump’s revised executive order failed to justify a need for the ban and violated a 1965 federal immigration law that bars discrimination based on nationality.

“It does not provide any link between an individual’s nationality and their propensity to commit terrorism or their inherent dangerousness,” the court wrote. “In short, the order does not provide a rationale explaining why permitting entry of nationals from the six designated countries under current protocols would be detrimental to the interests of the United States.”

The court said the Immigration and Nationality Act gives presidents broad powers over the entry of people from other countries and actions to protect the American public.

“But immigration, even for the President, is not a one-person show,” the court said.

Congress passed the immigration act to eliminate using nationality as a basis for regulating immigration, the court said.

“We cannot blind ourselves to the fact that, for nationals of the six designated countries,” the executive order is effectively a ban on the issuance of immigrant visas, the court said.

Other courts that have examined the travel ban have concluded that it violated a constitutional ban on religious discrimination. Monday’s 9th Circuit decision faulted it instead for violating an act passed by Congress.

Their decision largely leaves in place a nationwide injunction issued by a federal judge in Hawaii in response to a lawsuit by the state and a Honolulu-based imam.

The 9th Circuit narrowed the injunction a bit to allow for internal studies of security measures but said the rest of Trump’s order could not be enforced.

Trump’s order, a revised version of one he issued during his first week in office, would temporarily bar immigrants and travelers from Iran, Sudan, Somalia, Yemen, Syria and Libya and suspend the entry of refugees.

The state of Hawaii and Ismail Elshikh, the imam of the Muslim Assn. of Hawaii, argued that Trump’s order stigmatized Muslims and would hurt tourism and the recruitment of university students and faculty.

Lawyers for the Trump administration countered that presidents have wide authority over matters of immigration and national security and should not be second-guessed by unelected federal judges.

They said Trump issued his order to give the administration time to study the adequacy of security measures.

A different 9th Circuit panel rejected a broader travel ban in February, prompting the administration to revise it.

Most of the groups that weighed in on the case urged the court to retain the injunction.

Attorneys general from 16 states, including California and Illinois, also sided with Hawaii.