50 years of Israeli occupation: The $1.4 billion bet on a new Palestinian future 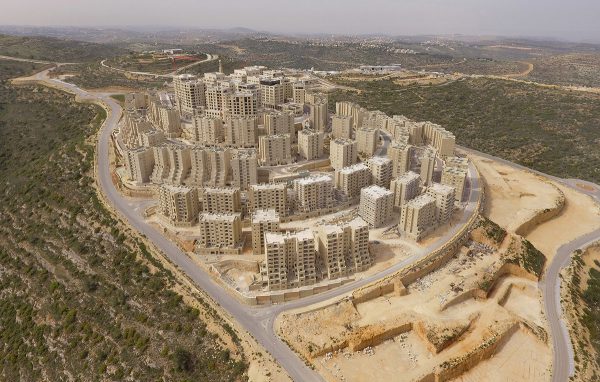 In the newest city in the wannabe state of Palestine, the developer Bashar Masri is putting the finishing touches on his mall. Not just any mall. “A shopping experience,” as luxe as any in Israel, with aspirational sneakers, designer handbags, all the international brands never available here before.

Upmarket consumer options might be ho-hum news in most of the world, but this isn’t any other place.

This is the occupied West Bank, a hornet’s nest of a home to 2.6 million Palestinians and brigades of Israeli soldiers and 400,000 Jewish settlers who have come to claim the land they say was awarded to them by history and God.

Rawabi is the first planned city in the West Bank built by Palestinians for Palestinians, a $1.4 billion metropolis constructed over the last nine years from bare rock.

The city is the most ambitious project in the Palestinian territories and today is the largest private-sector employer here.

Masri is billing his city on a hill as a revolutionary act, a raised fist with a wallet.

“We will live like normal people,” he said, “until the situation is normal.”

As the Israeli occupation of the West Bank turns 50 years old in June, Israel will celebrate the taking of Jerusalem in its near-miraculous Six-Day War against Arab armies led by Egypt, Syria and Jordan.

On the other side of 26-foot-tall concrete walls that surround Jerusalem, Palestinians will point to an occupation that now appears to be never-ending, with its levers of control ever present: the separation barriers, permit regimes, crowded checkpoints.

If Palestinians cannot get permission to spend their money in Israeli malls, Masri says, let them shop in Rawabi. That is how you build a state.

Rawabi is the counternarrative in the forever conflict in which Palestinians are often portrayed as terrorist or victim, living in refugee camps or dusty villages out of biblical times.

The Palestinians Masri has in mind? All the upwardly mobile dentists, Web designers and middle managers who don’t make the news.

The half-built city of Rawabi has been a media darling for years, a tour-bus destination for visiting Norwegian diplomats, Harvard Business School scholars, Arab venture capitalists, adventuresome American Jews, and most recently Coldplay — because nothing like this has been tried here before.

This is what a new Palestinian state could look like, says Masri, a metropolis with a 15,000-seat Roman-style amphitheater, hosting Broadway shows like “Cats,” with Palestinian techies typing code for Israeli companies and children learning crisp diction in the British-style Rawabi English Academy.

Masri believes that if he offers his people Zumba classes, they will come.

Or it could all fall apart.