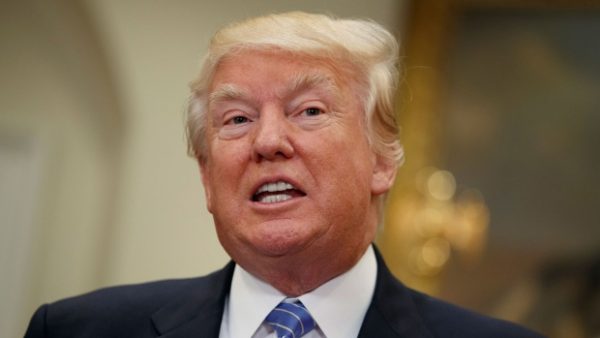 While he also accused low-spending members of the alliance of owing “massive amounts of money” to NATO, Trump said he and allies would drive out militants and urged all nations to do the same.

“We will never waiver in our determination to defeat terrorism and achieve lasting security, prosperity and peace,” Trump said after unveiling a memorial to the Sept.11, 2001 attacks on New York and Washington at the NATO headquarters.

“Terrorism must be stopped or … the horror you saw in Manchester and so many other places will continue forever,” Trump said, referring to Monday’s suicide bomb in the northern English city that killed 22 people, including children.